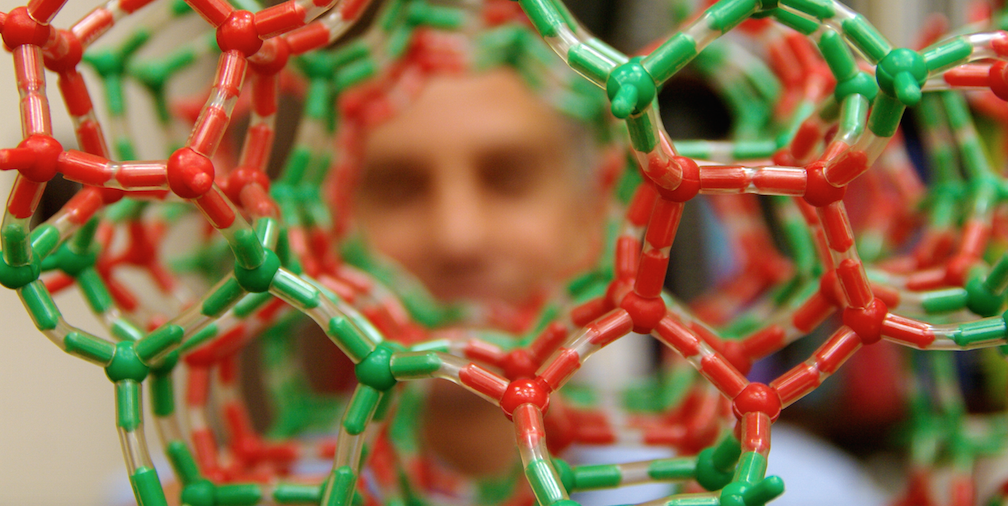 University of Massachusetts Amherst computational chemist Scott Auerbach is using the MGHPCC in research helping him understand and optimize the process of producing fuels such as gasoline from plant biomass instead of from petroleum.

Grass to Gas: Using computational chemistry to optimize producing fuels from biomass - Video credit: Helen Hill
For more than 50 years, Auerbach explains, chemists and chemical engineers have refined crude oil using synthetic catalysts inspired by minerals known as zeolites. Zeolites feature uniform arrays of tiny, molecule-sized pores with the right size and shape to convert the hydrocarbon molecules that make up petroleum into high-octane gasoline, in a process Auerbach calls “shape-selective catalysis.”
“Shape-selective catalysis is a relatively old technology, from the 1970s; this is still how our gasoline is refined today,” he says. “Zeolite can handle the long carbon chains of crude oil, cutting them into shorter pieces, re-forming them into high-octane gasoline.” Auerbach and others who study zeolites across the globe are asking whether zeolites may also be used to convert plant biomass such as cellulose into gasoline.
He is interested in converting biomass to biofuels for two reasons. First, because plant biomass is renewable via fuel crops, while petroleum requires much more time to make and second, the growth of fuel crops removes carbon dioxide from the atmosphere, providing a “carbon neutral” process for making and using liquid transportation fuels. In contrast, he notes, our present petroleum-based energy economy is “carbon positive” because burning petroleum-based fuels adds carbon dioxide to the atmosphere.
Despite the promise of a biofuel-based energy economy, Auerbach says that “we still haven’t perfected the process of making biofuels, which makes today’s biofuels too expensive for broad market adoption. That’s why we need more research into shape-selective catalysis in zeolites.”
The challenge in applying zeolites to make biofuels, he says, is that biomass is generally made of carbohydrates, sugars such as glucose and starches such as cellulose, and these react very differently within the pores of zeolites. Auerbach is applying computational chemistry, using computers to reveal the microscopic structures and motions of molecules, to understand how carbohydrates react in zeolite pores. “Computational chemistry provides the most powerful microscope known to humanity, revealing the atomic dance of making fuels,” he says.
Another problem that must be overcome, in both petroleum and biomass refining, he adds, is that zeolites promote side reactions that create sheets of carbon also known as “coke.” It can deactivate zeolite catalysts by clogging their microscopic pores, like enveloping a sponge in plastic wrap, shutting down the refining process.
“We could turn off the chemical pathways that lead to coke if we knew what they are, but we don’t,” says Auerbach. “If we can discover how the undesirable coke molecules are formed, we can imagine ways to block them.”
The problem of coke formation in zeolite-based refining has been around for a long time. Auerbach is taking a fresh look at understanding this process with a battery of new computational techniques. “The process of forming coke is rather complex, but we have a good handle on the kinds of coke molecules that eventually form, so we are applying the trick of beginning with the end product and working backwards to reveal how coke forms,” he explains.
An expert in computational chemistry, Auerbach is working with experimental chemists and engineers including Wei Fan and Fredericke Jentroft in the UMass Amherst chemical engineering department to test his group’s predictions from computational modeling.
Adapted from the story UMass Amherst Chemist Receives NSF Grant to Enhance ‘Grass to Gas’ Biofuel Technology at Research NEXT, a publications of UMass Amherst.
Story Image credit: Helen Hill.
About the Researcher 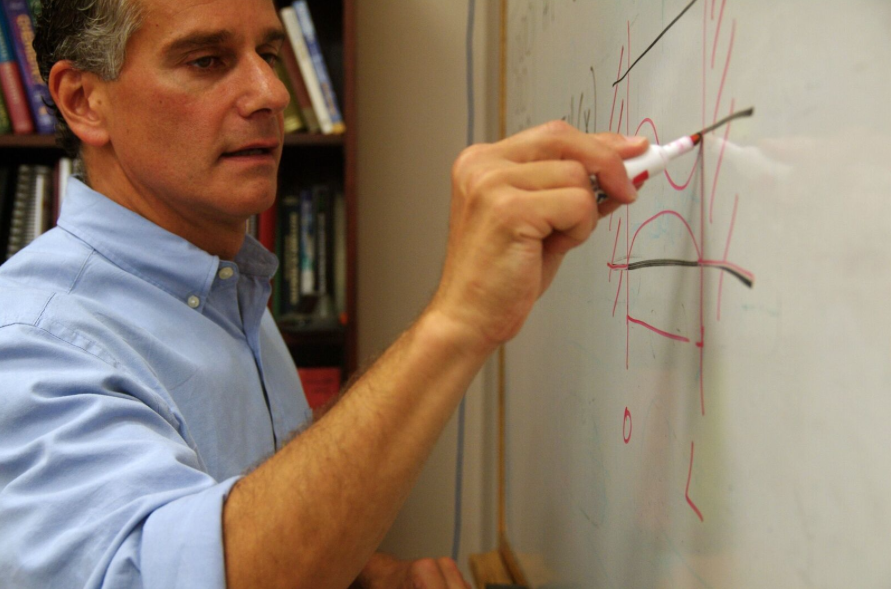 Scott AuerbachThe CRUNCH Lab, Dept. of Chemistry, UMass Amherst
Tags:
featured, research
Previous Post:
«
Commonwealth Awards $5 Million to UMass Amherst to Support New Data Science Collaborative
Next Post:
Back to School with Holyoke Codes
»
Do you have news about research using the MGHPCC? If so get in touch.
Email Us