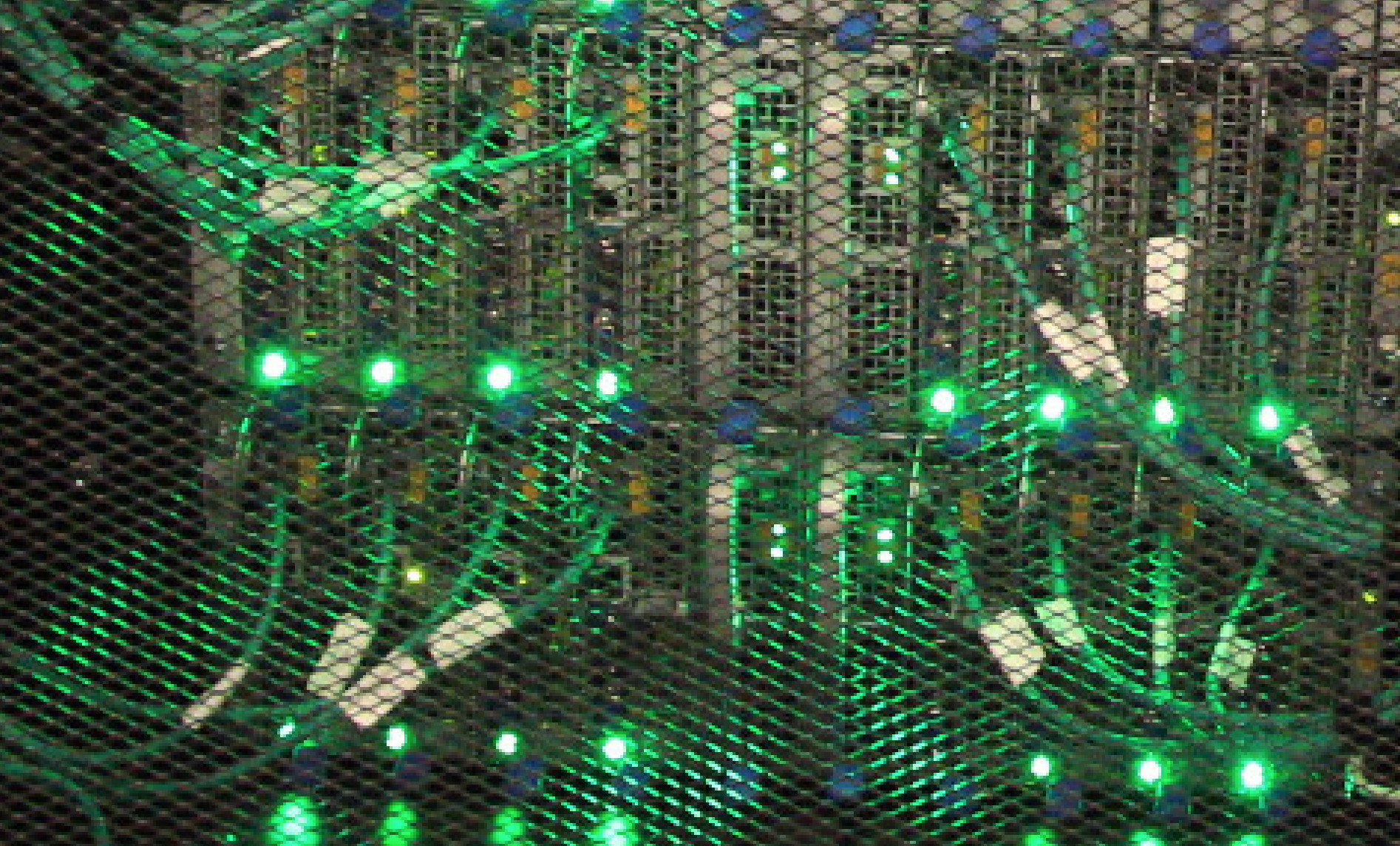 Pioneering a Return to the Pioneer Valley

Story by Helen Hill for MGHPCC News
The operating model for MGHPCC is as a specialized landlord for computers from the 5 partner universities. The building provides state of the art facilities to house, power, climate-control and connect, tailored to the needs of big data users on different campuses. With the ribbon cutting behind us MGHPCC is in the process of welcoming its first tenant, among them the BU IT team.

In January I tagged along as a team from BU's IT group were working on the center's first installation.
When I arrived the four person crew were just beginning to unpack the DELL computers. Two more people would join them from the networking group. The racks to house the computers had been brought down to the "Staging" room, a handy workshop for installations, prior to taking them upstairs to the computer room to be incorporated into their pod. The lighting is great, there's plenty of room (nobody else's delicate equipment to damage) and it's a comfortable working temperature. It also has an electrified twin of a pod's overhead cable system to allow connections to be tested before final installation. There's even a handy tool box standing ready.

"It's fantastic to see this new off-campus building in Holyoke start to be put to use. The whole BU team has done a fabulous job in getting us to this point" - Andrei E Ruckenstein, Vice President and Associate Provost of Research , Boston University.

In this round the BU team were installing 64 compute nodes with 16 cores each for a total of 1024 cores, as well as a dozen or so additional computers which will provide various services (e.g. login servers, file servers, management servers). This first installation is all new equipment. The new compute nodes are Dell C8000 with dual Sandy-Bridge processors using a variety of network interconnects, FDR InfiniBand, 10 GigE and plain old GigE. The storage is based on IBM's GPFS parallel file system and Dell disk arrays.
In the coming months the team will also be moving a few thousand additional cores from existing on-campus clusters to the MGHPCC.
Like all of the other member universities, BU has a 10 Gb/s ring from Holyoke to their campus. Over time they will migrate data for their existing storage arrays to the new facility. The recent installation includes about 0.5 PB of storage.
BU, along with Harvard, operates one of the three so-called Tier 2 Centers in the U.S. for the ATLAS project. ATLAS is one of the two large detectors at the Large Hadron Collider (LHC) at CERN. As you likely saw in the news several months back, both LHC experiments, ATLAS and CMS, reported evidence of detection of the Higgs boson. The data from the LHC is distributed to the Tier 2 and Tier 3 centers for analysis and it was this analysis that lead to the discovery.
The Tier 2 computing at BU comprises a dozen racks of compute and storage. These will be moving to the MGHPCC at the end of March.
BU has over 500 users from dozens of departments across the university. The disciplines using BU's computing facilities include not only the usual suspects in the physical sciences, but also such diverse fields as music, theology and anthropology. The new computational facilities at the MGHPCC will also be supporting the computational needs from their Medical campus.
Once the systems are stabilized the team will put out a call for "Friendly Users" from their existing community to start testing their codes in the new environment.

Tags:
research
Previous Post:
«
Wistariahurst to present Greg Saulmon's photos of the Massachusetts Green High Performance Computing Center in Holyoke
Next Post:
Governor Patrick Announces Major Life Sciences Investment in Western Massachusetts
»
Do you have news about research using the MGHPCC? If so get in touch.
Email Us