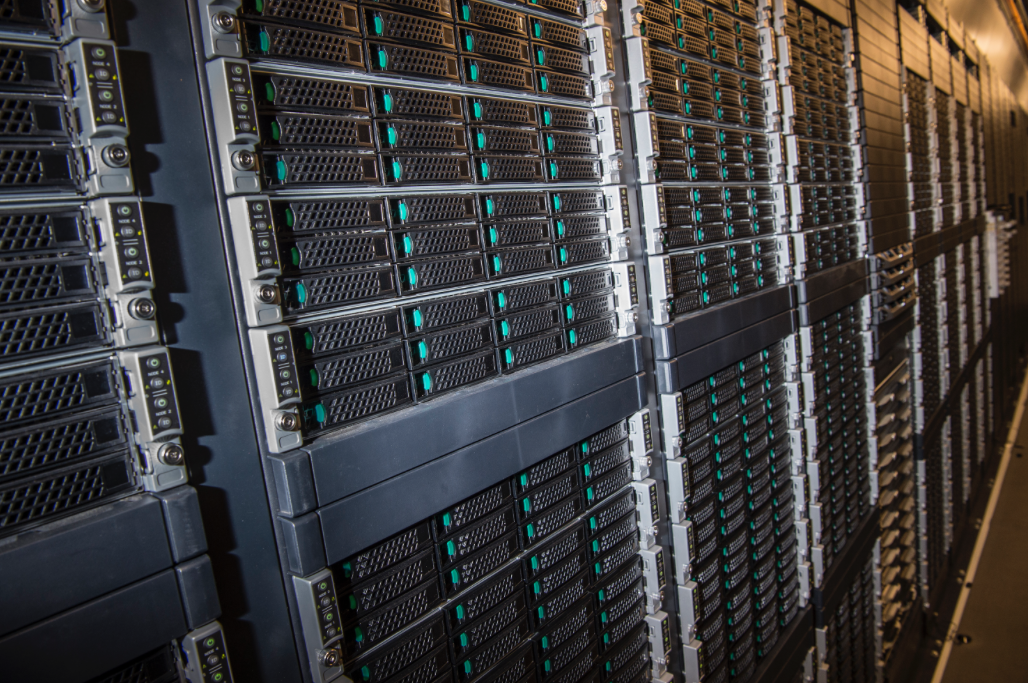 Lincoln Lab's new Dell EMC petaflop-scale supercomputer, housed at the MGHPCC, has 6 times more processing power and 20 times more bandwidth than its predecessor.
Read this story at MIT News
The new TX-Green computing system at the MIT Lincoln Laboratory Supercomputing Center (LLSC) has been named the most powerful supercomputer in New England, 43rd most powerful in the U.S., and 106th most powerful in the world. A team of experts at TOP500 ranks the world's 500 most powerful supercomputers biannually. The systems are ranked based on a LINPACK Benchmark, which is a measure of a system's floating-point computing power, i.e., how fast a computer solves a dense system of linear equations.
Established in early 2016, the LLSC was developed to enhance computing power and accessibility for more than 1,000 researchers across the laboratory. The LLSC uses interactive supercomputing to augment the processing power of desktop systems to process large sets of sensor data, create high-fidelity simulations, and develop new algorithms. Located in Holyoke, Massachusetts, the new system is the only zero-carbon supercomputer on the TOP500 list; it uses energy from a mixture of hydroelectric, wind, solar, and nuclear sources.
In November, Dell EMC installed a new petaflop-scale system, which consists of 41,472 Intel processor cores and can compute 1015 operations per second. Compared to LLSC's previous technology, the new system provides 6 times more processing power and 20 times more bandwidth. This technology enables research in several laboratory research areas, such as space observation, robotic vehicles, communications, cybersecurity, machine learning, sensor processing, electronic devices, bioinformatics, and air traffic control.
The LLSC mission is to address supercomputing needs, develop new supercomputing capabilities and technologies, and collaborate with MIT campus supercomputing initiatives. "The LLSC vision is to enable the brilliant scientists and engineers at Lincoln Laboratory to analyze and process enormous amounts of information with complex algorithms," says Jeremy Kepner, Lincoln Laboratory Fellow and head of the LLSC. "Our new system is one of the largest on the East Coast and is specifically focused on enabling new research in machine learning, advanced physical devices, and autonomous systems."
Because the new processors are similar to the prototypes developed at the laboratory more than two decades ago, the new petaflop system is compatible with all existing LLSC software. "We have had many years to prepare our computing system for this kind of processor," Kepner says. "This new system is essentially a plug-and-play solution."
After establishing the Supercomputing Center and one of the top systems in the world, the LLSC team will continue to upgrade and expand supercomputing at the laboratory. Says Kepner: "Our hope is that this system is the first of many such large-scale systems at Lincoln Laboratory."
Story image:  The Lincoln Laboratory Supercomputing Center in Holyoke, Massachusetts, is home to the only zero-carbon emissions supercomputer on the 2016 TOP500 list of the world's most powerful supercomputers - Photo: Glen Cooper

Tags:
research
Previous Post:
«
For Bigger Data, More Storage
Next Post:
Curbing Carbon on Campus
»
Do you have news about research using the MGHPCC? If so get in touch.
Email Us