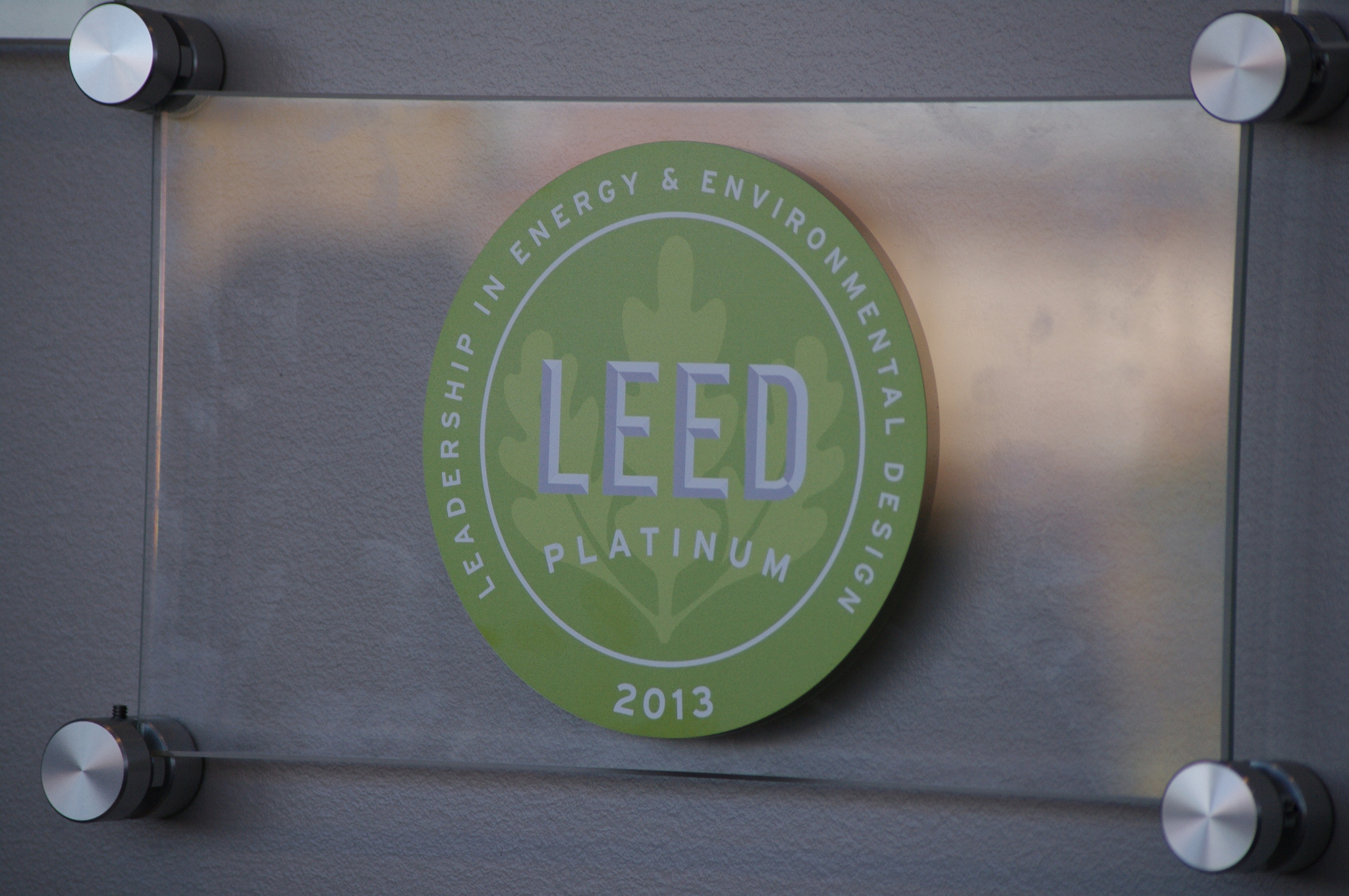 The Massachusetts Green High Performance Computing Center (MGHPCC) has become the first university research data center to receive a LEED® Platinum certification, the highests green building ranking. The MGHPCC is also one of only 13 data centers in the country to receive a Platinum certification. Computing centers are typically large users of energy.

"As our name indicates, environmental sustainability and stewardship are a high part of who we are," said John Goodhue, executive director of the MGHPCC. "They also reflect an environmental commitment shared by our founding universities, the Commonwealth of Massachusetts, our private-sector partners, and our host community of Holyoke."
The LEED rating system, developed by the U.S. Green Building Council (USGBC), is the foremost program for buildings, homes and communities that are designed, constructed , maintained and operated for improved environmental performance.
"The Massachusetts Green High Performance Computing Center is helping break new ground in understanding the mysteries of our world and universe," said Rick Fedrizzi, president, CEO and founding chair of the USGBC. "It is only fitting that the center is also on the cutting edge of sustainability with a LEED Platinum certification -- a fantastic achievement for any project, but particularly notable for one with intensive energy and water needs. We congratulate the MGHPCC and look forward to the advancements in science and technology it will help unlock, even as it works to preserve our natural environment for future generations.
The MGHPCC, which opened a year ago in November, reveived LEED Platinum certification in the new construction category for implementing practical and measurable strategies and solutions aimed at achieving high performance in sustainable site development, water savings, energy efficiency, materials selection and indoor environmental quality.
Green elements of the MGHPCC that were recognized by the USGBC include:
● A cooling system that uses outside air to chill water used to cool the computers. As a result, the MGHPCC users its chillers only 30 percent of the time.
● A chilled water storage tank that allows the MGHPCC to run chillers (when outside air is too warm) at off-peak hours when electricity rates are lower.
● Containment pods in which airflow is regulated using variable speed fans, allowing the MGHPCC to match fan speed to the temperature and pressure inside the containment area.
● Hot aisle containment, which increases cooling efficiency by reducing the distance between the computers and the cooling units to less than two feet.
● A high-voltage power distribution system that increases efficiency by reducing power loss due to conversions in order to step down the power within the center.
● Remediation of contamination on the site of the MGHPCC, the planting of native vegetation, and the use of building material 25 percent of which was recycled and 25 percent of which was manufactured with 500 miles.
MGHPCC LEED Certification Review Report
MGHPCC Data Center Case Study

Tags:
Previous Post:
«
Computer Facility Wins Green Award
Next Post:
LEED Platinum Celebration
»
Do you have news about research using the MGHPCC? If so get in touch.
Email Us