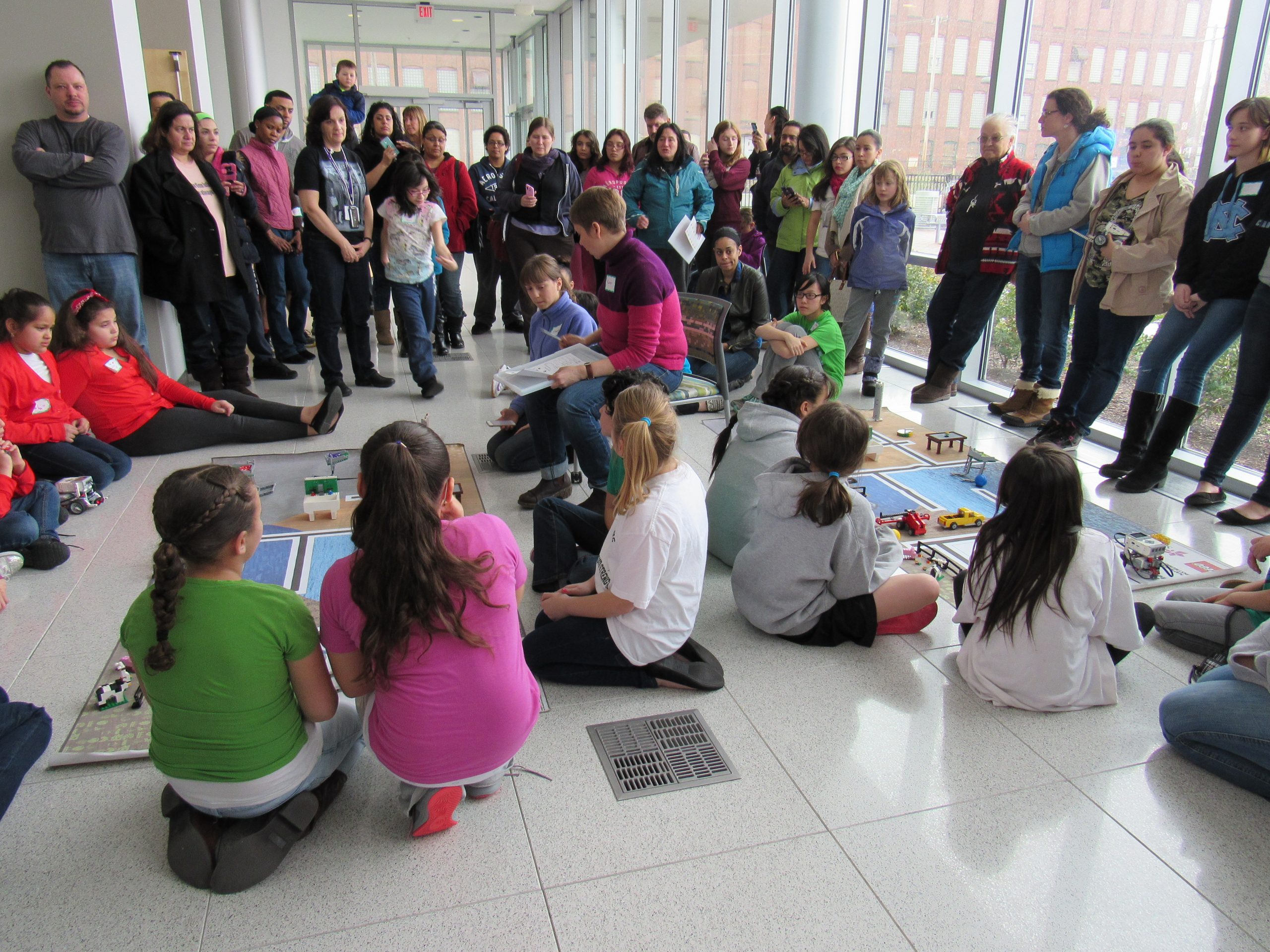 Working in teams of five, the girls first built motorized autonomous robots. They then programmed the robots to perform certain tasks to solve a set of food safety missions. The FOOD FACTOR® Challenge was inspired by National Food Safety Education Month. Each team took a break from programming to discuss their approach with the judges. At the end of the day, the teams demonstrated what their robots could do in a friendly competition. In addition to the High Score award, the teams won awards in a number of categories, such as Troubleshooting, Creativity and Design. The awards are named for famous women computer scientists, including Grace Hopper, Ada Lovelace and Radia Joy Perlman. The emphasis on teamwork and the opportunity to meet with the judges complement the day-long experience of hands-on robotics and programming.
The teams were chaperoned by teachers and mentors from Holyoke’s McMahon, Sullivan and E.N. White schools, Girls Inc. of Holyoke, and Connections After School Program.
Funded by the National Science Foundation, (CAITE) is based at the University of Massachusetts Amherst and works to address underrepresentation in information technology (IT) education and the workforce. The project is active throughout the state of Massachusetts as part of the Expanding Computer Education Pathways (ECEP) Alliance. For more information on ECEP and its work across the United States, see ecepalliance.org

Tags:
community
Previous Post:
«
Curoverse Announces New Infrastructure Software for Precision Medicine, Genomics and Bioinformatics
Next Post:
Business, Education, Political Officials Eye Growth Of Innovation Economy
»
Do you have news about research using the MGHPCC? If so get in touch.
Email Us