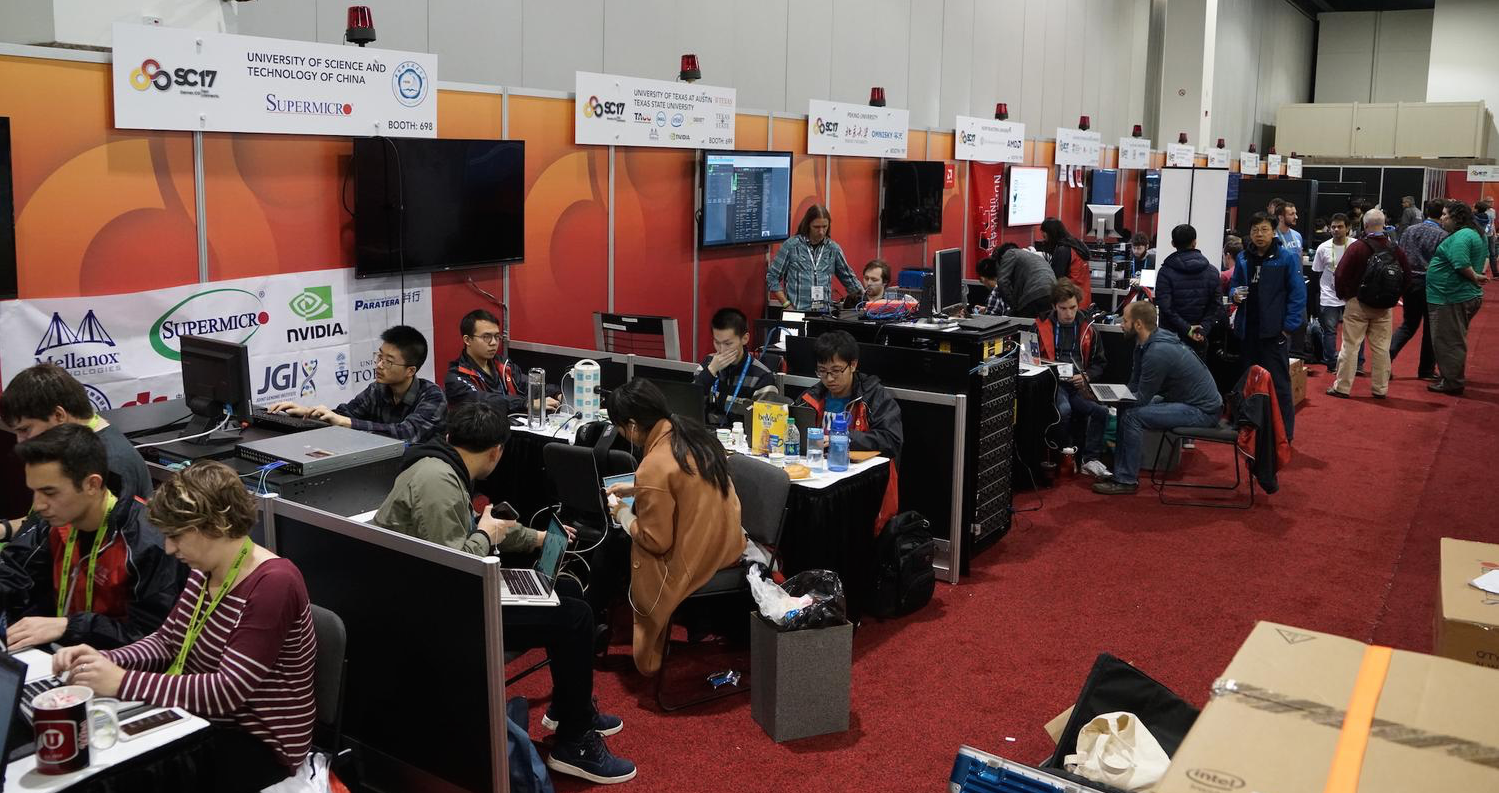 The Fast and the Furious

Two Massachusetts teams, one from Northeastern and one comprising students from UMass Boston and UMass Lowell, participated in this year's  SC17 Student Cluster Competition in Denver in November.
Since 1988 industry and academic computer scientists and vendors have gathered each November for Super Computing (SC), the International Conference for High Performance Computing, Networking, Storage and Analysis.
The Student Cluster Competition, which has been a part of SC since 2007 pits teams of students against one another to build their own supercomputers for a live face-off to see whose is the fastest.
Teams, comprising six members and a sponsoring mentor, are each given real, scientific workloads to run and a power limit they can’t exceed. Armed with their own arsenal of secret tricks and weapons for winning the non-stop, 48-hour contest, the team with the highest-performing system wins.
This year two Boston area teams: The Massachusetts Green High Performance Computing Center (MGHPCC) Green Team, comprising students from UMass Boston and UMass Lowell, and the HACKS (Huskies with Accelerated Computing Kernels) Team from Northeastern University (who last year won the MacGyver award for building a backup cluster on sight after their hardware shipment got delayed) were there to pit their HPC chops against 14 other teams from Europe, Asia and the US.
Although neither team came out on top (Team Supernova from Singapore’s Nanyang Technological University did, clocking 51.8 Terraflops,) much high octane HPC fun was had and both Massachusetts teams plan to be back next year when SC18 heads to Dallas November 11-16, 2018. 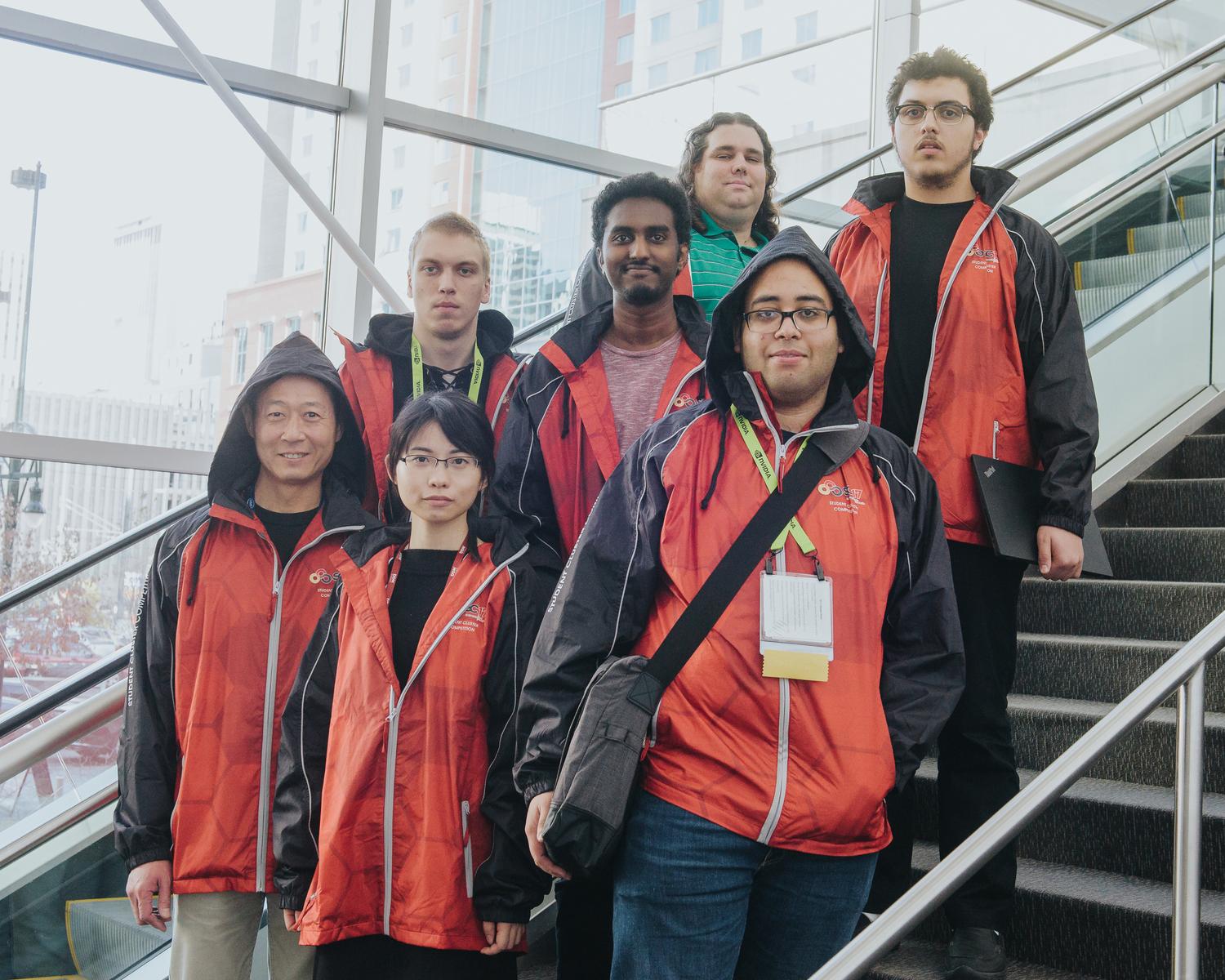 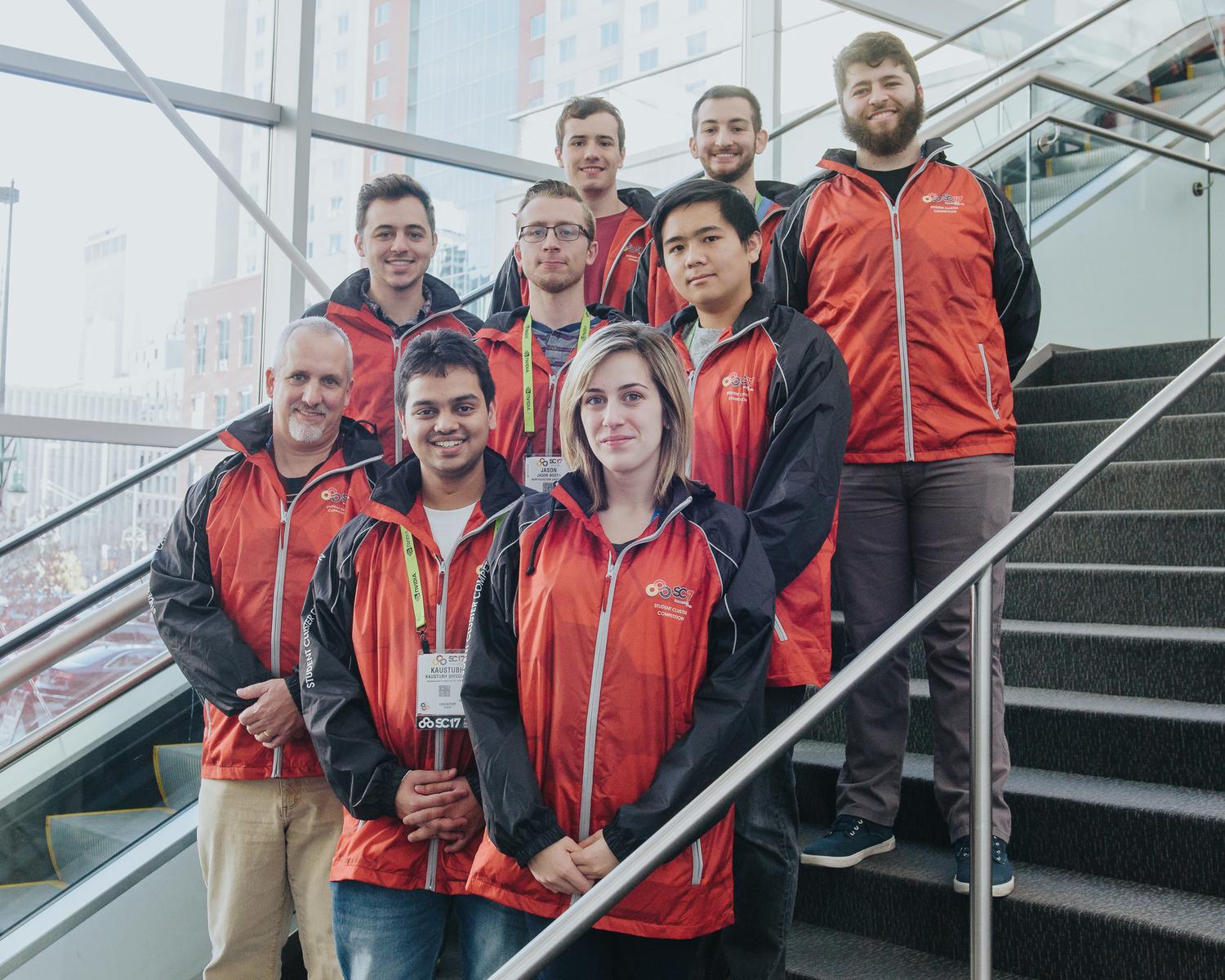 Tags:
research
Previous Post:
«
Forest Mapping: When the Budworms come to dinner
Next Post:
HPEC '18 Call For Papers
»
Do you have news about research using the MGHPCC? If so get in touch.
Email Us