Forest Mapping: When the Budworms come to dinner 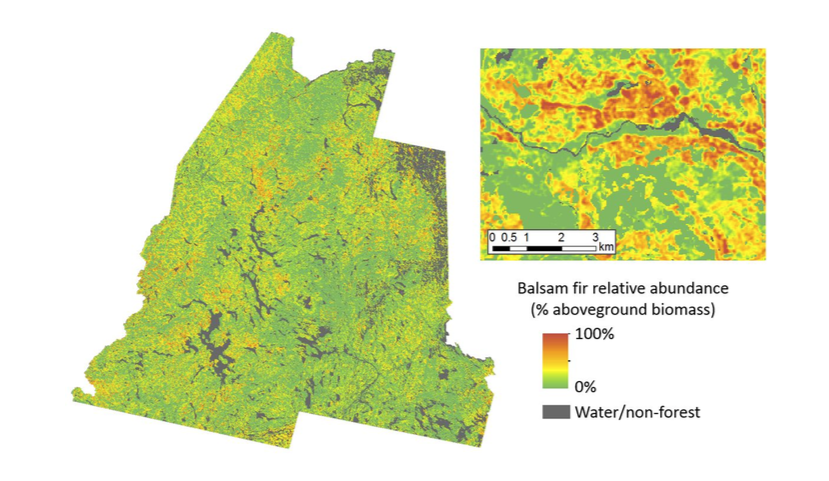 A Helping Hand
Enter, the Northeast Cyber Team Program. Launched in Spring 2017, the program is a new National Science Foundation funded initiative, which aims to build a regional pool of research computing facilitators (RCFs) to support researchers at small-to-midsized institutions.
The program looks to match an undergraduate or graduate student who already has some research computing experience, and the interest to learn more, with a researcher working on a computationally intensive project. If matched, the student is assigned a mentor or mentors, who then work with him or her to provide the research computing assistance the researcher with the computationally intensive project needs.
In this case that computationally demanding project was provided by PI Kasey Legaard. Noah Howard, the student participant, is a second year computer science major, especially interested in machine learning. Christian Wilson and Larry Whitsel from the University of Maine’s Advanced Computing Group were his computer science mentors.
For this, its first funded project, the Northeast Cyber Team Program enabled the researchers to further develop and grow the reach of software already under development opening up statewide and regional application of their algorithms through enhanced parallelization as well as new approaches that coordinate and accelerate the convergence of GAs.
Coupling improvements to their algorithms with more efficient data handling, the collaboration is developing software that will support locally adaptive mapping of forest resources and environmental conditions across increased spatial scales.
Howard says, “The opportunity to put my computer science know-how to work on a pressing real world problem has been a terrific experience.”
Whitsel concurs, “Being able to take on a student to work on this problem definitely accelerated what we were able to accomplish.”
Wilson adds, “We made a great team, and have made great progress.”
Legaard says, “I am very grateful to the Northeast Cyber Team for their support. Mapping the forest is a computationally demanding problem. As a researcher with a such a computationally intensive project at a relatively small institution program supprt has been transformational in terms of extending the reach of my project.”
If you are a researcher at a similar sized institution with a comparably computationally intensive project looking for a helping hand contact Julie Ma for more details about the Northeast Cyber Team Project.
Meet the Researchers 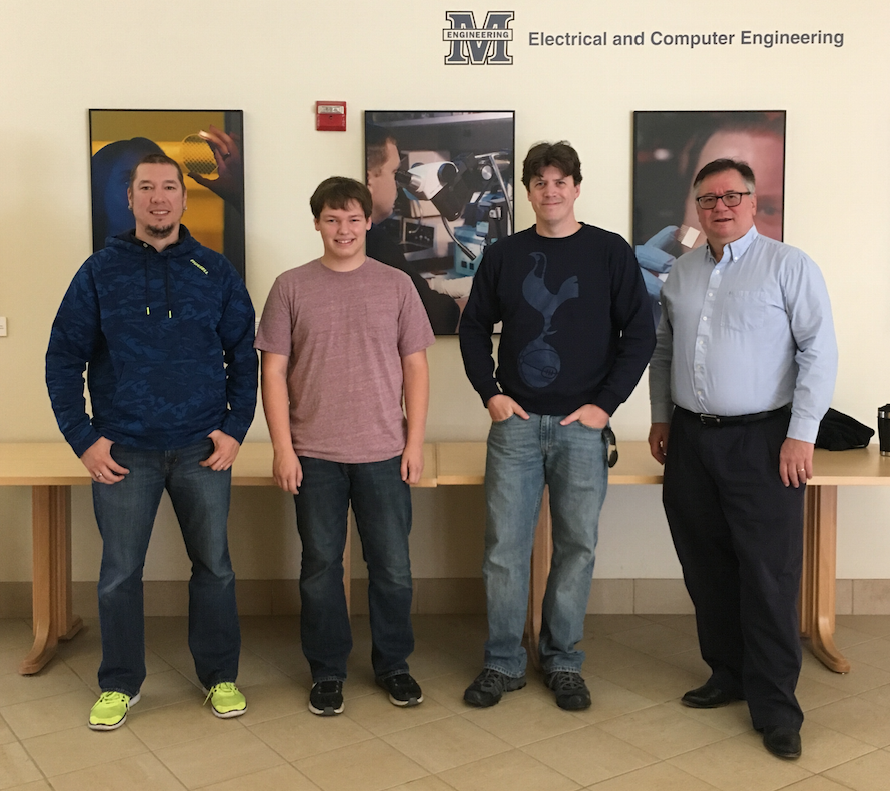 Kasey Legaard is a PhD candidate in the University of Maine School of Forestry Resources. His interests lie in the evaluation of forest disturbance patterns, trajectories of landscape change, and cumulative effects of forest management practices using remote sensing and landscape simulation models. Legaard's research includes the development and application of algorithms for digital image analysis, change detection, land cover mapping, and species distribution modeling.
Larry Whitsel
Christian Wilson
Links
Northeast Cyberteam Program
U Maine’s Advanced Computing Group
U Maine’s School of Forest Resources
Tags:
northeast-cyberteam-program, research
Previous Post:
«
HPEC'17
Next Post:
The Fast and the Furious
»
Do you have news about research using the MGHPCC? If so get in touch.
Email Us