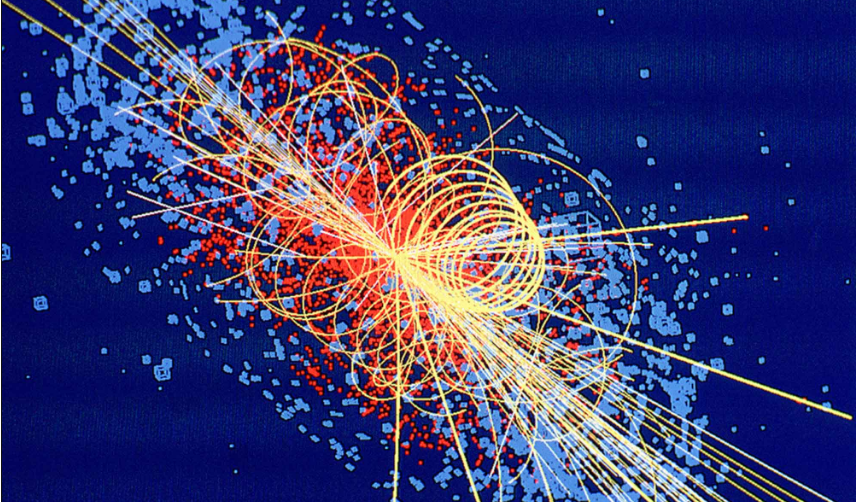 Something New Spotted in Holyoke?

As many of you might know from previous blog entries, ATLAS is one of the two major experiments at the Large Hadron Collider at CERN, and one of the four "Tier 2" computing centers for ATLAS is hosted right on the MGHPCC floor, shared between Boston University and Harvard, called the "Northeast Tier 2 Center" (NET2).
You might remember that in 2013, ATLAS and CMS (the second major LHC experiment) announced the discovery of the long sought and long predicted "Higgs Boson." Well, in March, the LHC resumed proton-proton collisions at a new, record breaking higher energy of 13 TeV.
Both computing at NET2 and excitement among the physics community has reached a very high level once it was realized that a new, unexpected particle has possibly been seen at 750 GeV by both the ATLAS and CMS experiments. If this is confirmed, this discovery will be of much greater significance than even the discovery of the Higgs and would be the biggest thing that has happened in fundamental physics in many years.
If you could see into the MGHPCC pods, you would see intense computations happening right now to try to understand this potential new discovery. Hang on! We will know for sure very soon...

Saul Youssef is a Research Associate Professor in the Department of Physics at Boston University. He is a member of the NET2 team and co-author of Observation of a New Particle in the Search for the Standard Model Higgs Boson with the ATLAS Detector at the LHC, the 2013 ATLAS Collaboration paper in Physics Letters B reporting the discovery of the Higgs Boson.

Tags:
research
Previous Post:
«
Holyoke 7th graders learn of coding, robotics at high performance computing center
Next Post:
The Trouble with Turbulence
»
Do you have news about research using the MGHPCC? If so get in touch.
Email Us