Story by Helen Hill for MGHPCC
MGHPCC partners, BU and Harvard, recently finished a coordinated move of the LHC ATLAS "Northeast Tier 2 Center" (NET2) to MGHPCC. The move was accomplished in just 6 days from tear-down on May 6 to having the system back online, at MGHPCC, on May 12. Why the rush? Well, this is research that back in March confirmed the discovery of the long sought after Higgs Boson. What might be lurking out there at the cutting-edge of particle physics is only ever a potentially paradigm-shifting discovery away...

In one intense week of activity in May, teams from Boston University’s Center for Computational Science and Harvard’s FAS Research Computing division moved one of the major computing facilities for analysis of data from the Large Hadron Collider (LHC) at CERN from various locations in the Boston area to MGHPCC. 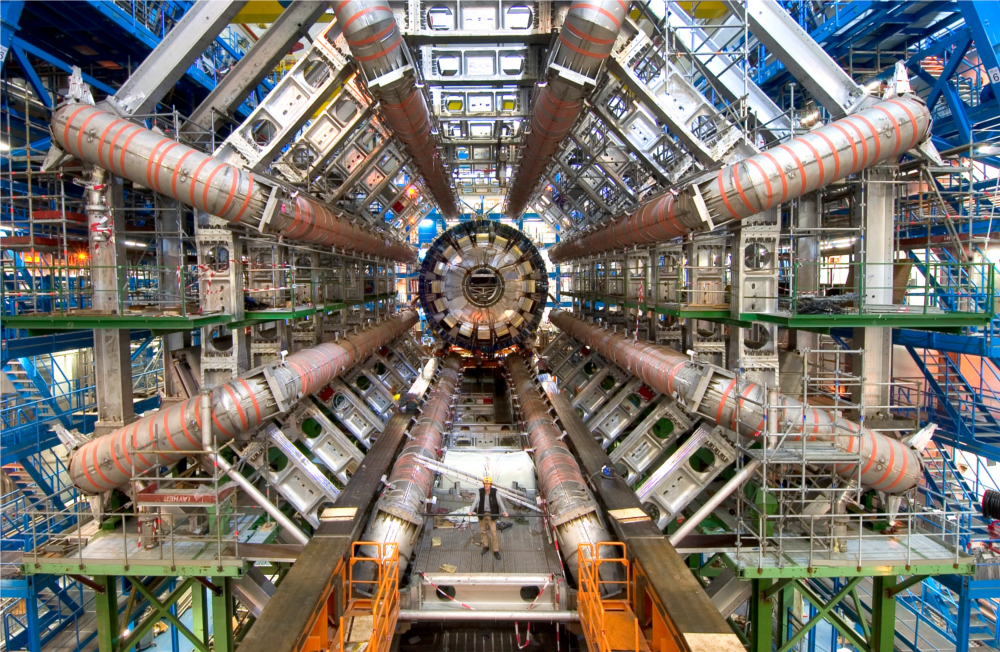 The facility is one of five "Tier 2" centers in the U.S. and is known as the ATLAS Northeast Tier 2 center (NET2). NET2 is part of a worldwide network of computer centers which work together to analyze data from the highest energy proton-proton collisions ever produced in the Laboratory.
The aim of the experiment is to understand the physical world at the most fundamental level. Being unexplored energy territory, no one knows exactly what will be found, but ATLAS (and another LHC experiment called CMS) recently observed the long predicted "Higgs boson" of the Standard Model of particle physics, generating a great deal of excitement in the physics community.
Computationally analyzing and simulating the proton collisions is very challenging, even in the 21st century. The initial raw data rate from the proton-proton collisions is roughly one megabyte every 25 nanoseconds (25 billionths of a second), or 40 terabytes of data per second (that’s about four million metric tons of DVDs per year!). Fortunately, before leaving CERN, the raw data stream is reduced by custom hardware to a more manageable 10-20 petabytes of data per year.
The data is then distributed across a worldwide network of centers like NET2 for analysis by both the worldwide collaboration and teams at BU, Harvard and other local Universities.
As NET2 was the largest computing facility on the BU campus, it was a big help to be able to move to MGHPCC in terms of the center’s green credentials, in terms of energy and maintenance costs and in terms of space savings.
It was even more important for the project's future as a Tier 2 center since the next run of the LHC will be higher in both energy and data taking rate making a major expansion necessary at NET2. Such an expansion would be next to impossible to do on the BU campus without building major new computer room space from scratch. Now, in its new home, NET2 is set to expand and to be ready for new physics discoveries in the coming years. All the other Tier 2 centers are jealous!
Thanks to Saul Youssef a Research Associate Professor at Boston University’s Center for Computational Science for help writing this article.

Tags:
research
Previous Post:
«
Green Computing is Super
Next Post:
Creating an Energy Efficient Supercomputing Center
»
Do you have news about research using the MGHPCC? If so get in touch.
Email Us