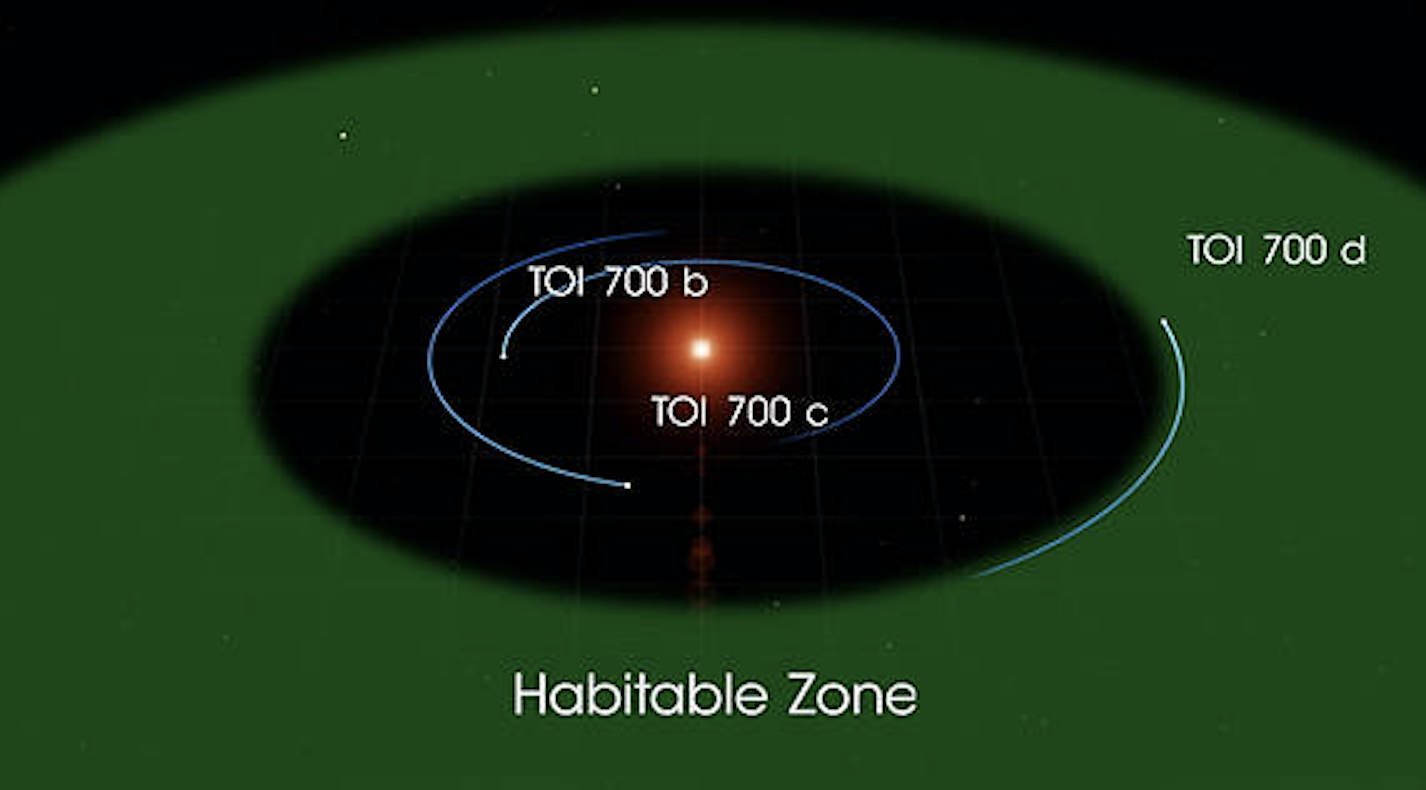 Not too hot, not too cold but still, is it just right?

Modelers at UMass Lowell use MGHPCC computers to assess whether the close stellar proximity of a recently discovered Red-dwarf orbiting, Earth-like exoplanet could negatively impact its effective habitability.

Reporting by Helen Hill for MGHPCC
Ofer Cohen is an assistant professor in the Department of Physics and Applied Physics at the University of Massachusetts Lowell with interests in heliophysics, exoplanets, stellar astrophysics, space weather, and planetary atmospheres. The models he develops and runs are computationally expensive calling for high-performance computing technology on supercomputers to work. For the calculations needed for a recent paper probing the potential habitability of the recently discovered exoplanet TOI 700 d, the first Earth-size habitable-zone world discovered by TESS orbiting a small, cool M dwarf star, Cohen and his team turned to high-performance computing resources at the MGHPCC.
"The field of exoplanets (planets outside of our own solar system) is driven by our search for life beyond Earth," Cohen explains. "Traditionally, a planet is considered “habitable” (able to sustain life) if its surface temperature allows liquid water to exist on its surface (ie, not too hot and not too cold). This depends, to first order, on the brightness of the host star and the planet's distance from it, since these control the incoming stellar radiation. Based on this idea, we planetary scientists define a “Habitable Zone” around a star within which planets have the potential to support life. This habitable zone will be further from the star for bright stars, closer when stars are fainter."
"Red-dwarfs are the most common stars in the universe. They are about one-tenth to half of the Sun in size and mass, and they are the coolest and faintest of all main-sequence stars," Cohen continues. "Scientists commonly think about Red-dwarf systems as scaled-down versions of our own solar system," he says. "Since Red-dwarfs are the faintest of all stellar types, their habitable zone is located very close to the star. Conveniently this makes it easier to detect planets in the habitable zone, since close-in planets cover a larger fraction of the stellar disk when viewed through a telescope, and they transit (move in front of) their host stars more frequently due to their short orbital period."
"So far, for this reason, it has been understood that the probability of detecting rocky, Earth-like planets orbiting Red-dwarf stars in the habitable zone is high," says Cohen. "Couple that with the observation that  Red-dwarf stars are the most common in the universe, habitable planets should be very common."
"Certainly the intuitive definition of habitability I've described is very reasonable as a starting point for studying habitable planets," says Cohen, "However, one needs to keep in mind that planets are not affected only by their radiation environment, but also by their physical, space environment. In particular, the physical parameters of the space environment of Red-dwarfs, such as plasma density, pressure, and magnetic field do not scale with the luminosity and are actually very high at close-in orbits."
As a result, Cohen explains, planets orbiting Red-dwarf stars in the habitable zone may reside in an extreme space environment that can strip their atmospheres over time, in a similar manner to what scientists believe happened on Mars. "In order to sustain their atmospheres, these planets would need either a strong internal magnetic field or begin with a particularly thick atmosphere," he explains. "It is not clear that either is a requirement for close-in planets orbiting Red-dwarf stars."
Exploring this idea In a recent paper, Cohen, working with colleagues at the Harvard-Smithsonian Center for Astrophysics, the University of Arizona, NASA Goddard, and the Leibniz Institute for Astrophysics in Potsdam Germany undertook an investigation of how space environment conditions near the recently discovered Earth-size planet TOI 700 d might influence the planet's habitability.
Using a set of numerical models for the stellar corona and wind, the planetary magnetosphere, and the planetary ionosphere the team drove their simulations using a scaled-down stellar input and a scaled-up solar input to obtain two independent solutions.
Cohen says, "We found that for the parameters we used, the stellar wind conditions near the planet were actually not so very extreme leading us to conclude that the space environment near TOI700-d may not be extremely harmful to the planetary atmosphere,  however, this assumes the planet resembles Earth. The stellar input parameters and the actual planetary parameters are in fact unconstrained, and different parameters may result in a much greater effect on the atmosphere of TOI700-d. Certainly, comparing  our results to solar system, solar wind measurement, modest stellar wind conditions may not guarantee atmospheric retention of exoplanets."
To find out more about this work contact Ofer.
Story image: The three planets of the TOI 700 system, illustrated here, orbit a small, cool M dwarf star. TOI 700 d is the first Earth-size habitable-zone world discovered by TESS. Credit: NASA's Goddard Space Flight Center 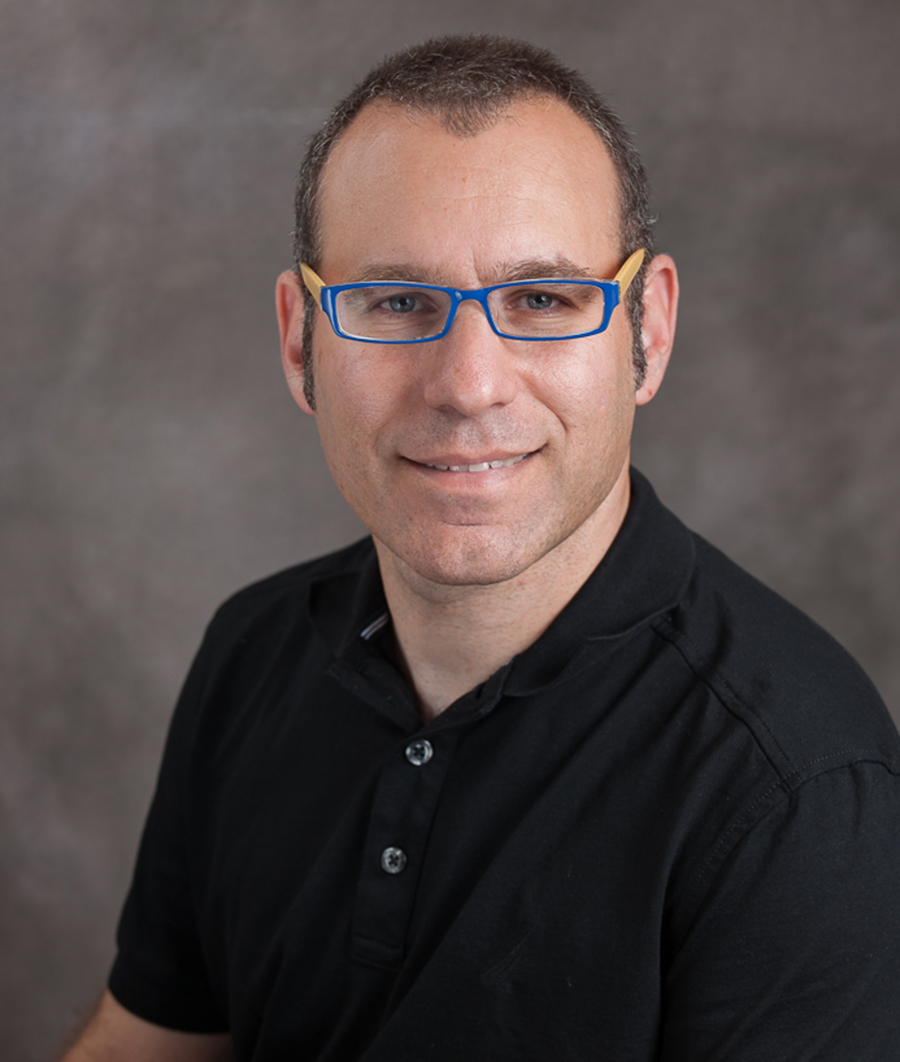 UMass Lowell Assistant Professor of Physics Ofer Cohen develops and uses numerical models to study plasma physics in the solar atmosphere, the interplanetary space, and stars.
The magnetohydrodynamic code he uses has been developed for over a decade to study plasma physics in the solar system, and Cohen has been instrumental in extending its use to astrophysical problems, such as stellar atmospheres, stellar winds, and exoplanets.
Cohen's research involves interdisciplinary studies covering a wide range of topics from solar and space physics and planetary science to astrophysics and exoplanets. He bases his research approach on the assumption that plasma physics processes are universal, so we can apply the detailed information we have from our own solar system to study astrophysical problems that are less constrained.

Tags:
featured, research
Previous Post:
«
June Publications
Next Post:
A New Role for a Tiny Linker in Transmembrane Ion Channels
»
Do you have news about research using the MGHPCC? If so get in touch.
Email Us