Modeling the Air we Breathe

reporting by Helen Hill
Researchers at Harvard’s School of Public Health and elsewhere are using computers housed at the MGHPCC to fine-scale air pollution estimation to help guide policymakers.
Over the past several decades the air we breathe has been getting cleaner but as amounts of air pollution fall, understanding and quantifying the health impact of low-level exposure to help guide future regulation becomes more challenging.
Nitrogen dioxide (NO2) is one of a group of highly reactive gases known as the nitrogen oxides. The major source of atmospheric NO2 in the United States is mobile emissions (from cars, trucks, and buses) although power plants and other instances of large-scale fossil fuel combustion are also important. Nitrogen dioxide is recognized as an important air pollutant because it contributes to the formation of photochemical smog, but increased levels of NO2 also can have significant direct health impacts. The main effect of breathing in raised levels of NO2 is the increased likelihood of respiratory problems. Breathing in NO2 inflames the lining of the lungs and has been linked to more frequent and more intense attacks of asthma in sufferers and may also reduce immunity to lung infections.
Qian Di, formerly a doctoral student in the Dominici Group in Harvard’s T.H. Chan School of Public Health, uses environmental modeling to understand the distribution of air pollutants in tandem with analyzing health data to estimate the health effects of air pollution and other environmental factors.
In a new paper, Di and co-authors report on their effort to model, with high spatiotemporal resolution, the nationwide distribution of NO2 over a 16 year period and how their integration of different predictor variables and fitting algorithms can achieve an improved air pollution modeling framework allowing researchers to interpolate NO2 levels away from monitoring stations. The paper was recently published in the journal Environmental Science and Technology.
"When epidemiologists try to analyze the association between human health and air pollution (including NO2), they often encounter the issue of inadequate monitoring data," Di explains. "That is, many people live in areas without air quality monitoring sites so that we cannot assess the health impact of air pollution on them. Using a machine learning + big data approach to estimate NO2 for the entire country with high spatiotemporal resolution as we did in our study provides that coverage and sufficient exposure data for epidemiologists to analyze the health effect."
In their paper, Di et al describe using an ensemble model to integrate multiple machine learning algorithms, including neural network, random forest, and gradient boosting, with a variety of predictor variables, including chemical transport models, to assess NO2 levels in a model covering the entire contiguous US with daily predictions on a 1-km-level grid for the period 2000 to 2016. With around 20 TB of input data, Di says their study would not have been possible without access to Harvard University’s Odyssey research computing cluster (housed at the MGHPCC.) No existing study has simultaneously achieved such high spatial and temporal resolution over such a large domain.
“The highly distributed nature of NO2 sources and sinks nationwide results in local hotspots and a highly heterogeneous distribution,” says Di. “NO2 modeling, therefore, needs to capture small-scale variations, and that can be challenging. Other factors like the height of the planetary boundary layer, wind speed, and wind direction all influence concentrations in any location, with substantial variations from day to day, even given similar emissions. Hence accurate modeling must also capture these temporal patterns.”
"The very high spatiotemporal resolution of our NO2 estimate allows for the examination of the health effects of NO2 in unmonitored areas," Di explains. "While we found the highest NO2 levels along highways and in cities, we also observed that while the NO2 level is dropping nationwide, it is dropping differently in rural and urban areas and that urban areas have higher NO2 levels."
To their surprise, the team found many economists were interested in our work, too. "They need such air pollution estimation to analyze the impact of environmental policies," says Di. "They often face similar problems of inadequate monitoring data, and our work provides a solution."
Qian was previously involved in similar work modeling PM2.5 (particulate matter,) and has another paper on ozone modeling to be submitted very soon.
Story image: courtesy pixnio.com 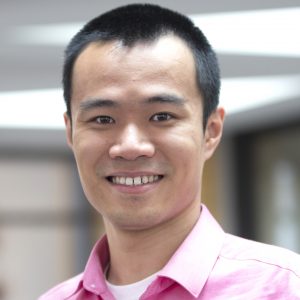 Having now completed his doctorate at Harvard’s T.H. Chan School of Public Health, Qian Di is now an Assistant Professor at Tsinghua University's School of Medicine. He holds a BS in remote sensing and geographic information system from Peking University and an MS in geography from Pennsylvania State University.

Tags:
featured, research
Previous Post:
«
MIT joins White House supercomputing effort to speed up search for Covid-19 solutions
Next Post:
A 2020 Vision on Cloud Computing
»
Do you have news about research using the MGHPCC? If so get in touch.
Email Us