Read this story at the Harvard Gazette
by Peter Reuelle, Harvard Staff Writer
Though scientists have long known that mice can pick out scents — the smell of food, say, or the odor of a predator — they have been at a loss to explain how they are able to perform that seemingly complex task so easily.
But a new study, led by Venkatesh Murthy, professor of molecular and cellular biology, suggests that the means of processing smells may be far simpler than researchers realized.
Using a machine-learning algorithm, Murthy and colleagues were able to “train” a computer to recognize the neural patterns associated with various scents, and to identify whether specific odors were present in a mix of smells. The study is described in a Sept. 1 paper in the journal Neuron.
Along with Murthy, the paper was co-authored by Alexander Mathis, Dan Rokni, and Vikrant Kapoor, postdoctoral fellows working in Murthy’s lab, and Professor Matthias Bethge from the Werner Reichardt Centre for Integrative Neuroscience & Institute of Theoretical Physics in Germany.
“It’s easy to identify the smell of coffee on its own. But if the smell of cinnamon and flowers is mixed in, can I still identify the coffee?” Murthy said. “In an earlier study, we tested that in mice, and found they can do it very well.
“With this study, [we wanted to test] if we could build an algorithm … to do this in a computer, and what surprised us was how easy it is,” he said. “Initially, we thought it would be very complicated, but if you lay it out like a logic problem, it’s basically picking out a specific neural activation pattern that’s buried in a mix of patterns, and from a computer science perspective that’s do-able. The problem could be solved with a very simple linear classifier. It didn’t need the complexity and non-linearity that is built into deep neural networks. It’s no wonder mice were able to learn it so quickly and do it so well.”
Essentially, Murthy said, the algorithm works like any other pattern-recognition system, only the patterns are the neural activation patterns of mice reacting to particular odors.
“Essentially, one odor causes a particular neural activation pattern, and another odor causes a different pattern,” he said. “When you start mixing odors, eventually those patterns will overlap. Mice have about 1,000 types of olfactory receptors, but a given odor only activates maybe 10 percent of them. That’s sparse enough that, even if you have many scents mixed, they can still parse them out. What the algorithm does is look at those patterns, and even if they are partly occluded (by another odor), it can recognize that a particular pattern is there.”
To “train” the algorithm to recognize those patterns, Murthy and colleagues gathered data on the neural activation patterns associated with various odors by imaging the brains of mice over thousands of trials. The team then used 80 percent of that data to train the system to recognize patterns of activation for particular odors, even when those patterns were masked by a mixture of other scents.
“The computer looks at the patterns, randomly selects pixels, and adds them up,” Murthy explained. “If they reach a certain level, it says the target is there. Initially, though, it is almost certainly going to make a mistake. There’s then a process of fitting, in which we take the responses the computer gave and the actual responses, and we train it with the correct answers.”
Over thousands of trials, Murthy said, the algorithm eventually became as adept as mice at identifying whether a specific odor was present in a mixture of scents, suggesting that mice may be employing a similar algorithm.
Once they’d shown that the algorithm could identify target odors, Murthy and colleagues set out to trick it, not by making the scent mixtures more complex but by making them less so. Rather than training the computer with mixtures of various scents, researchers trained it exclusively with individual odors, and only exposed it to mixtures later. The result, Murthy said, was disastrous. Though the algorithm could easily identify single odors, it quickly broke down as mixtures became more complex.
When Murthy and colleagues ran the same experiment using mice, they found the same result.
“That was a surprise,” Murthy said. “What we think was happening is if both the algorithm and mouse establish that boundary for how to classify things when the world is simple, as the world gets more and more complex, that’s no longer the proper boundary.”
In addition to shedding light on how mice are able to discern individual scents, the study points toward computer-learning algorithms as potentially powerful tools to examine olfaction, and a way to design and conduct experiments in a virtual space before conducting them in the real world.
“Moving forward, we’re excited about this because we want to design experiments for mice and humans that test new questions, for example, what odor experience will best improve smell detection skills, and is supervised learning necessary for improvement?” Murthy said. “The computer algorithms used in our work can generate strong hypotheses for testing.”
About the Researcher 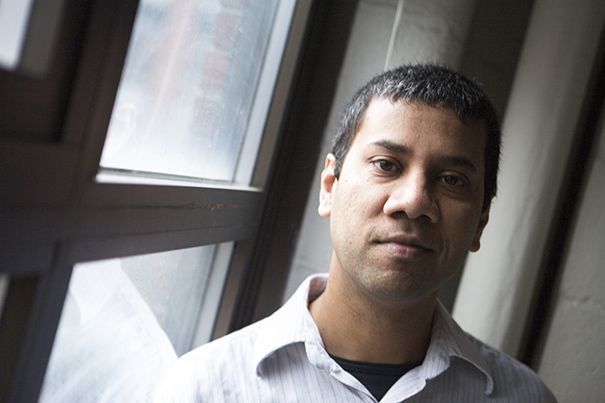 Tags:
featured, research
Previous Post:
«
Back to School with Holyoke Codes
Next Post:
For Bigger Data, More Storage
»
Do you have news about research using the MGHPCC? If so get in touch.
Email Us