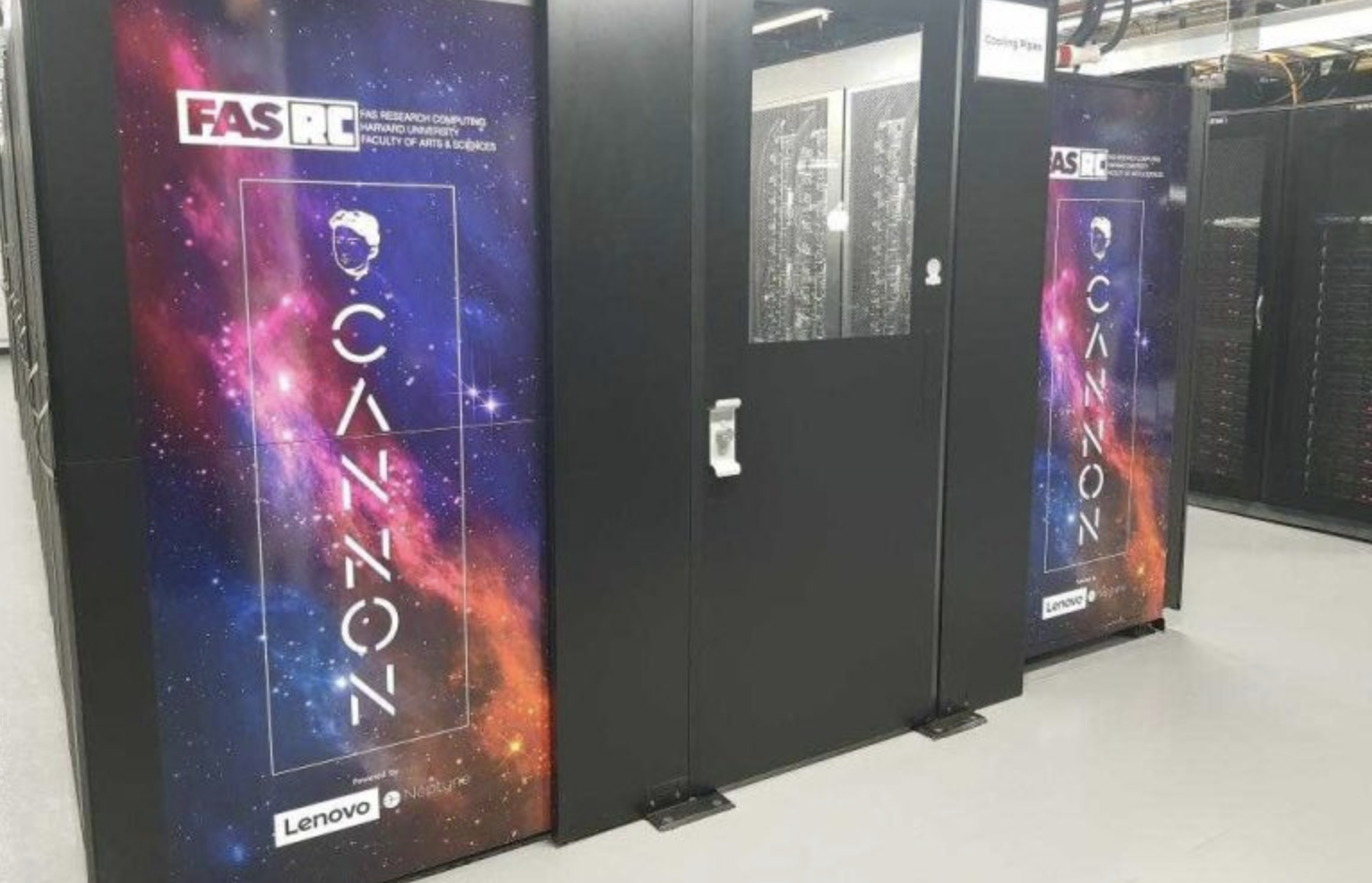 With the decommissioning of the Odyssey Cluster earlier this month, Harvard’s FASRC (Faculty of Arts and Sciences, Research Computing division) recently announced details of its replacement.

The new cluster which went online September 24, was provided by Lenovo and utilizes their SD650 NeXtScale servers with direct-to-node water-cooling for increased performance, density, ease of expansion, and controlled cooling.

The refreshed cluster, named Cannon in honor of Annie Jump Cannon, is comprised of 670 plus 16 new GPU nodes. This new cluster will have 30,000 cores of Intel 8268 “Cascade Lake” processors. Each node will have 48 cores and 192 GB of RAM. The interconnect is HDR 100 Gbps Infiniband (IB) connected in a single Fat Tree with 200 Gbps IB core. The entire system is water-cooled which will allow us to run these processors at a much higher clock rate of ~3.4GHz. In addition to the general-purpose compute resources we are also installing 16 SR670 servers each with four Nvidia V100 GPUs and 384 GB of RAM all connected by HDR IB.