Exploring Thermoelectric Behavior at the Nanoscale

by Helen Hill for MGHPCC
Zlatan Aksamija, an Assistant Professor of Electrical and Computer Engineering at the University of Massachusetts Amherst, uses computers at the MGHPCC to carry out nanomolecular materials modeling experiments exploring the thermoelectric behavior of materials for use in energy applications.
Efficient thermoelectric devices are key to our ability to harvest thermal energy from many sources, among them waste heat lost in traditional electricity production and through automobile exhaust.
Two thirds of the energy generated by conventional power stations is lost as waste heat to cooling towers. A similar percentage of the energy locked up in the fuel you put in your car is lost the same way from the exhaust pipe. But what if that wasted heat could be mopped up and converted into usable electricity? 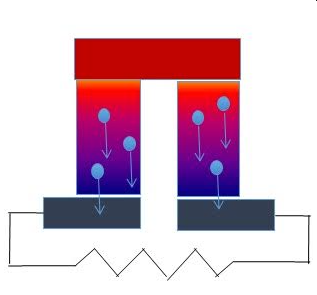 A temperature gradient produces a voltage in a schematic thermoelectric curcuit.

Thermoelectric devices can convert heat energy directly into electrical energy without any need for moving parts like turbines, exploiting a temperature gradient across them. If you take a piece of  metal and heat one end while simultaneously cooling the other, the electrons surrounding the atoms at the hot end will have more energy than the equivalent electrons at the cooler end. As a result, the electrons at the hotter end will be jiggling around faster than those at the cooler end so they'll tend to move towards the cold end faster than the cold electrons will move towards the hot end. Eventually the cold end will become negatively charged and the hot end will become positively charged. This phenomenon, where a temperature difference can create a voltage, is called the thermoelectric effect and was first described as long ago as the 1820's by a German physicist called Thomas Johann Seebeck.
Simple as that sounds, and long as that has been understood, one big problem is that the voltage produced is absolutely tiny. And unfortunately this can't be solved simply by connecting lots of pieces of metal together in series as you would to make a bigger battery because the wires used to connect them, which are also made of metal, will themselves produce a voltage but in the wrong direction opposing the voltage in the pieces of metal.
The way scientists have solved this problem is to use a material that can conduct electricity using positively charged particles rather than electrons. Just like the electrons in the metal, the positively charged particles will move away from the hot side, so now if a chain of them is linked together, the voltages will add up along the series allowing generation of a useful amount of power.
Adithya Kommini, a PhD student working in Aksamija' lab, is trying to do just this by introducing potential barriers that only allow charged particles with high energy to move from one end to the other. The shape and size of the potential barriers control the amount of charge particle filtering improving the voltage created by the thermoelectric effect without affecting the thermal conductivity.
Charge particles encountering potential barriers experience quantum effects that become predominant especially at the nanomolecular scale. Using computer models to explore the character of such nanomolecular systems, Kommini and Aksamija hope that, along with the structure of the potential barrier, a better understanding of the quantum effects that they cause can help to improve the overall thermoelectric efficiency of the material.
“Nanoengineered silicon wires and nanocomposites have been shown experimentally to have tremendous potential as future thermoelectrics due to their high electrical and low thermal conductivity which, combined, yields a very high energy conversion efficiency,” says Aksamija. “Nonetheless, their usefulness hinges on our ability to simulate and predict which combination of material, geometry, and process is most efficient in energy harvesting applications.”
“Past work in this area focused either on electrical or thermal conductivity calculations alone, but because of the strong interdependence of electrical and thermal transport, such decoupled approaches always fell short of a complete understanding of nanoscale thermoelectrics,” Aksamija continues. “Furthermore, far-from-equilibrium configurations like the non-linear Peltier effect (the absorption or release of heat at a junction in which there is an electric current) are useful at low temperatures and in low-dimensional systems, but require advanced simulation that fundamentally couples together charge and thermal transport to capture the non-linear effects.”
Aksamija says, “In order to reap the benefits of nanoengineered semiconductors for energy applications, we must first understand the physics of charge dynamics, dissipation, and heat transfer at the nanoscale. Simulation tools I have developed contain the essential ingredients to unlock the physics of heat transfer in a multitude of complex nanostructures.”
“Improved thermal and thermo-electric simulation tools for devices and materials that are relevant to future advances in nanotechnology enable a detailed understanding of coupling between electron and phonon (charge and thermal) transport, their interdependence, and the impact on the performance of future nanoscale transistors, thermoelectric converters, and sensors,” says Aksamija. “For this reason, simulation tools are well positioned to become the cornerstone of semiconductor material and device research and design, and have the potential for broad impact on a variety of uses and applications. Such large-scale atomistic materials simulations are made possible by the ultra-fast supercomputing hardware of the MGHPCC.”
About the Researchers 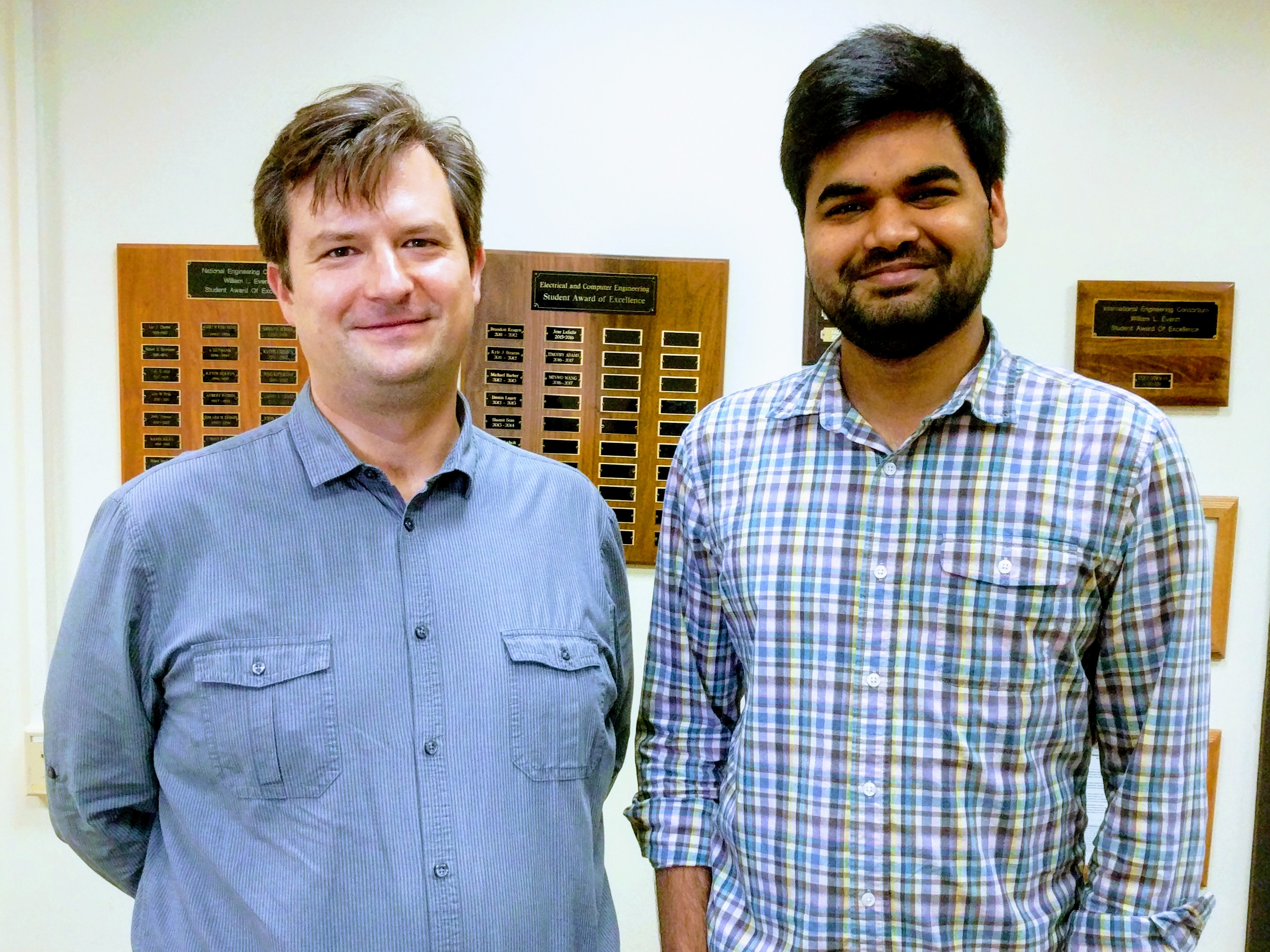 Zlatan Aksamija is an assistant professor in the Electrical and Computer Engineering Department at the University of Massachusetts, Amherst. He is interested in semiconductor nanostructures for energy applications, thermoelectric energy conversion; dissipation in nanoscale devices, electro-thermal simulation, nanoscale heat transfer, thermal devices, and computational nanoscience. Aksamija is PI for the NanoEnergy & Thermophysics (NET) Lab.
Adithya Kommini is a PhD student working in the NET Lab. He pesented the poster HPC_day_17 at HPC Day 2017.

Tags:
featured, research
Previous Post:
«
"Holyoke Codes and Rows!" Aims to Inspire STEM Pursuits
Next Post:
North East Research and Education Network Seminar
»
Do you have news about research using the MGHPCC? If so get in touch.
Email Us