Reporting by Helen Hill for MGHPCC
Benjamin Levy is an Assistant Professor of mathematics at Fitchburg State University, Massachusetts. His research is in biological modeling with an emphasis on population and infectious disease dynamics. Working with students Ben Burnett (UMass Dartmouth) and Abigail Waters (Suffolk University), Levy is leading a project assessing threats to the Diamondback Terrapin population in North Inlet Winyah Bay, a site on the South Carolina coast, using a model he has been developing which, thanks to support from the Northeast Cyberteam he is able to run using  high-performance computing resources at the MGHPCC.
Diamondback terrapins live in estuarine habitats such as salt marshes, creeks, and tidal flats along the Atlantic and Gulf coasts of the United States. Crab traps pose a significant threat to the population as large numbers of individuals can become stuck and drown. Additionally, predators and humans regularly destroy the eggs that exist in nests along the shore. Levy has formulated an agent-based model (ABM) which uses data from a mark-recapture study to assess the impact of crab traps and nest disturbances on the longevity of a localized population. In particular, since individuals perish in crab traps relative to their size and sex, the model has been tailored to illuminate and quantify how the presence of traps can skew the sex ratio of the population.
Levy first developed two traditional matrix population models that encode key population parameters to determine those that have the strongest impact on future success of the population. However, since these relatively simple models do not allow for analysis of more complex factors that contribute to terrapin decline, Levy also developed a spatial stochastic agent-based model for the terrapin population. The novelty of Levy's approach in this study is to use an agent-based model to validate and extend results of standard matrix population models.
"The purpose of our agent-based formulation is to spatially model diamondback terrapins in the heterogeneous environment that is North-Inlet Winyah Bay (NIWB), with a focus on how crab traps and nest disturbances impact the longevity and sex-ratio of the population," Levy says. "The form of our ABM reach beyond the capabilities of the matrix models by allowing us to explicitly model crab traps in the actual geographic locations they are deployed in the real world. As a result, we are able to consider how the spatial location of crab traps influence long-term dynamics and examine the resulting non-linear decrease in survival rates," Levy explains. “The stochastic nature of the ABM also allows us to account for variations in key components by taking a probabilistic approach to the timing of nesting and brumation, the likelihood of nest disturbances, and implementation of survival and movement rates."
However, stochastic models typically involve integrating-forward the state of thousands of independent simulations of the model for terrapins on intervals of a single day for periods of twenty years and more, calling bigger, faster computers to run on.
“Access to high-performance computing resources provided by the Northeast Cyberteam has been invaluable in allowing us to perform large numbers of complex simulations. Without these resources, we would be unable to obtain meaningful results for our agent-based model for diamondback terrapins. We are grateful to have received these resources as results from this project help us better understand how crab traps and nest disturbances impact the longevity and sex-ratio of the terrapin population and assist stakeholders in making informed decisions,” Levy says.
Story image:  Diamondback Terrapin – Image credit: Jeffrey Shultz
To find out more about this work contact Ben 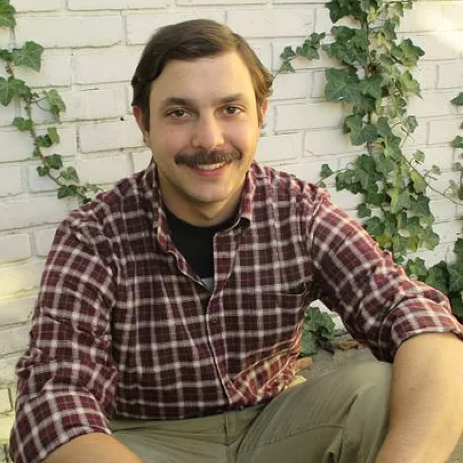 Benjamin Levy is an assistant professor in the Department of Mathematics at Fitchburg State University in Fitchburg, MA. His research is in biological modeling with an emphasis on population modeling and infectious disease modeling.

The Northeast Cyberteam is a 3-year NSF funded initiative to make advanced computing more accessible researchers at small and mid-sized institutions in New England that do not have critical mass to support these resources on campus. Our two-pronged approach: 1) Build a regional pool of research computing facilitators covering a broad spectrum of domain knowledge, and a process to share them across institutional boundaries and 2) Develop web-based tools and information to enable timely self-service learning about the wide range of subject matter relevant to advanced computing.

Tags:
featured, northeast-cyberteam-program, research
Previous Post:
«
August Publications
Next Post:
Holyoke brimming with climate change initiatives
»
Do you have news about research using the MGHPCC? If so get in touch.
Email Us