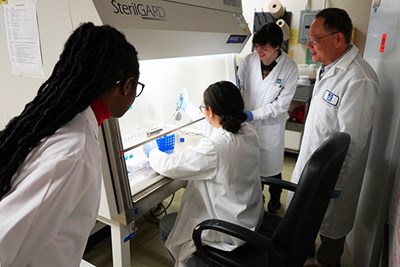 Research will use MGHPCC computers to calculate how compounds attach to enzymes.

Read this at UMass Dartmouth News

A group of enzymes found in the human immune system could hold the key to treating a host of serious diseases. However, the similarities among the enzymes pose a problem. Drugs intended to target one enzyme could inhibit other similar enzymes and cause unintended reactions.

Biological sciences Prof. Hwai-Chen Guo is conducting research that he hopes will overcome the challenge.

His work focuses on M1 aminopeptidases (M1APs), a family of enzymes involved in key body functions, including cell maintenance and immune defense. In recent years, research groups have looked into developing drugs that would bind to M1APs in the human body to treat diseases such as autoimmunity, cancer, hypertension, viral infections and more.

“Targeting any M1AP to treat human diseases is complicated because there are nine characterized and closely related M1APs in humans,” Guo says. “Because the enzymes are so similar, drugs meant to inhibit one M1AP enzyme could inhibit other M1AP enzymes, which can lead to undesired side effects.”

Under a three-year, $456,000 grant from the National Institute of General Medical Sciences (NIGMS), Guo is analyzing M1AP enzymes to find ways for drugs to target just one enzyme instead of the whole M1AP family. The research builds off previous work Guo conducted under another three-year, $460,000 NIGMS grant he received in 2018.

Enzymes are comprised of multiple structural and functional domains. Small-molecule drugs can attach to domains to inhibit an enzyme, ideally treating whichever disease is present.

Researchers have focused on binding small-molecule inhibitors to a well-studied domain within M1APs known as peptidase_M1. This domain is similar in all M1AP enzymes, which makes it challenging to target one enzyme when administering a drug.

“We reason that if potential therapeutics misfire at other M1AP enzymes, it could mess up the individual’s physiology,” Guo says.

Through Guo’s previous research, he determined the structure of another domain found in M1AP enzymes called the endoplasmic reticulum aminopeptidase 1 C-terminal like domain (ERAP1_C).

“The ERAP1_C is somewhat different among these nine enzymes, so we feel it might be a good therapeutic target,” he says.

Guo plans on using a bioinformatics computational approach to calculate how different drugs bind to M1AP enzymes. He will take the drugs’ chemical compounds from databases, such as DrugBank, and transfer that information over to the Massachusetts Green High Performance Computing Center to calculate how those compounds attach to the enzymes.

“We want to find a specific inhibitor that can differentiate one enzyme from another, leaving the other enzymes to perform their regular functions,” he says.
Once he discovers the top 50 or so compounds, he will conduct chemical experiments to see if the reactions work beyond the computer model.

“We’re currently working on producing the enzymes in larger quantities to study its structure and how it interacts with other molecules,” says Arya Tetali, a senior from India.

“I’ve learned a lot of techniques and the importance of precision and attention to detail,” says Boudif, who received a $4,000 award through the Immersive Scholars program to work on research on campus or in the community.

“We’re all learning together, and I’m glad Prof. Guo is there to give us guidance,” Wairimu adds.

Tags:
research
Previous Post:
«
Universities Invest $5M in MGHPCC Expansion
Next Post:
November Publications
»
Do you have news about research using the MGHPCC? If so get in touch.
Email Us 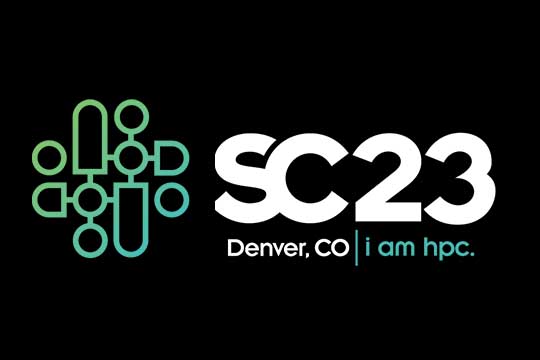