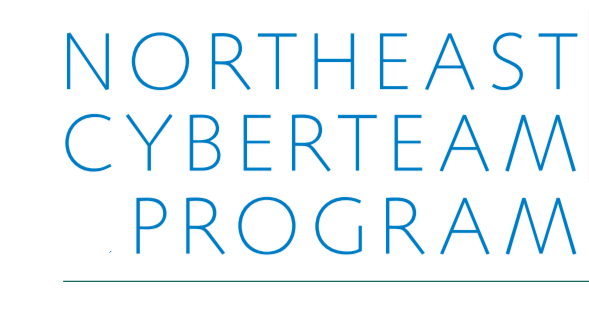 NSF-Funded Project Aims to Strengthen Regional Innovation Economy by Supporting Computationally Intensive Research at Small- and Medium-Sized Institutions
Holyoke, Massachusetts, June 27, 2017 -- The Massachusetts Green High Performance Computing Center (MGHPCC), the University of New Hampshire (UNH), the University of Vermont (UVM) and the University of Maine System (UMaine) today announced an initiative that will strengthen the region’s innovation economy by advancing computationally intensive research at small- and medium-sized institutions.
“Large scale computers that can apply thousands of processors to solve a research problem are as important today as test tubes and microscopes were in the 20th Century,” said John Goodhue, Executive Director of the MGHPCC, and principal investigator for the project. “The effective use of computers at small- and medium-sized institutions is essential if their faculty and students are to remain competitive and continue to add value to the region’s economy. This initiative will help them access these game-changing resources.”
Funded by a $1.1 million grant from the National Science Foundation (NSF), the three-year initiative will create a sustainable pool of Research Computing Facilitators to work across institutions in the region. Research Computing Facilitators are experts at connecting researchers with appropriate computer systems, which is a particularly important function when the needs of a researcher extend beyond readily-accessible departmental resources. At larger institutions, facilitators can be found in departments that specialize in research computing, but for many small- and medium-sized colleges and universities, this is not affordable or practical. Given that promising research projects and education programs can be delayed or even halted without access to appropriate computing resources, a regional pool of facilitators will fill an important need.
The initiative will also launch 40 computationally-intensive research and education projects at more than 30 small- and medium-sized institutions. Each project will be staffed with a team pairing a student Research Computing Facilitator and an experienced mentor, with the dual goal of assisting the relevant researcher/educator while developing a pipeline of new talent to meet growing academic and industry demand. Increasing the number of women and underrepresented minorities in the talent pipeline is another important program goal.
“The impact of these projects at smaller institutions cannot be overstated. It is not just about the compute resources. Access to the researchers and research conducted at the larger universities will open many doors for these students and hopefully motivate and enable them to pursue careers in research,” said Ralph Zottola, Chief Technology Officer for Research Computing at UMass and a senior project coordinator for the initiative.
The project will be directed by a team consisting of the principal investigator, co-investigators and senior project coordinators who will match projects, mentors and students while developing a growing base of experience and best practices that can be applied throughout the region. In addition to principal investigator Goodhue at the MGHPCC, the team includes co-investigators Bruce Segee, Electrical and Computer Engineering Professor at UMaine; Scott Valcourt, Director of Strategic Technology at UNH; and Stephen Everse, Associate Biotechnology Professor at UVM; and senior project coordinators Zottola at UMass and Sia Najafi, Director of Research Computing at Worcester Polytechnic Institute (WPI).
This team model was inspired by the success of the ground-breaking MGHPCC consortium – a collaborative effort by the region’s most research-intensive universities (Harvard University, the Massachusetts Institute of Technology, Boston University, Northeastern University and the University of Massachusetts) to build a high-performance data center that now houses the largest aggregation of research computing power in the Northeast.

Tags:
research
Previous Post:
«
UMass Dartmouth Hosts 3rd Annual HPC Day
Next Post:
The Trickiness of Talking to Computers
»
Do you have news about research using the MGHPCC? If so get in touch.
Email Us