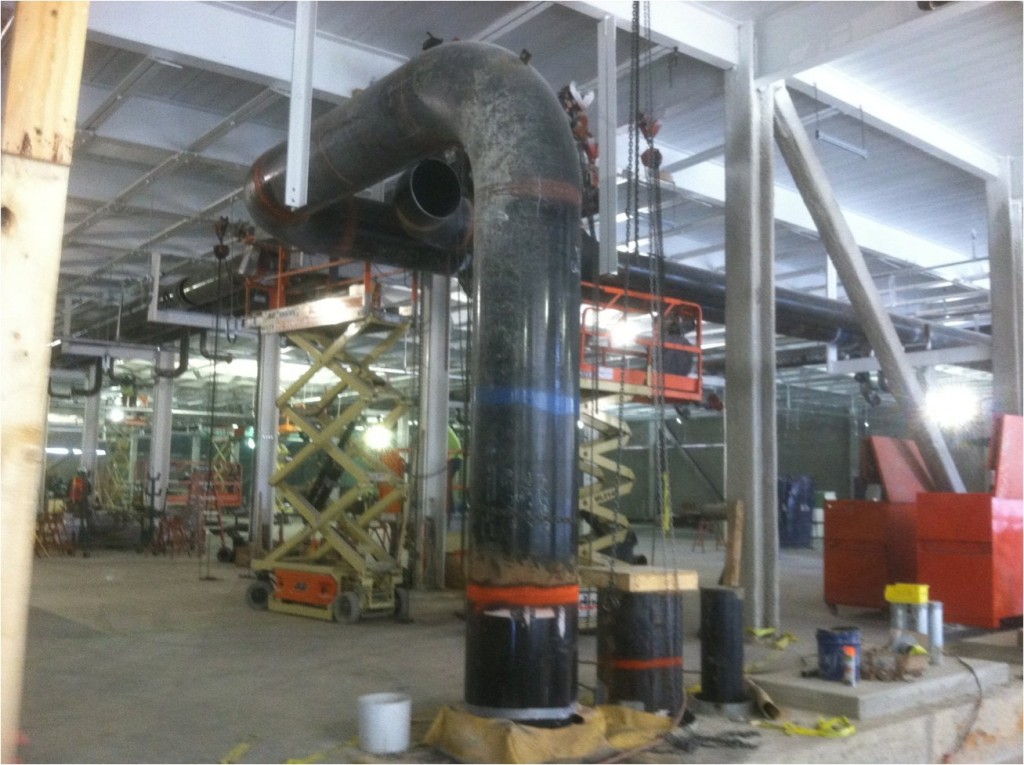 This model of collaborative economic development, the Massachusetts Green High Performance Computing Center (MGHPCC) was created by Boston University, Harvard University, the Massachusetts Institute of Technology, Northeastern University and the University of Massachusetts, with financial support from the Commonwealth of Massachusetts, the federal New Markets Tax Credit Program, EMC and Cisco.
The MGHPCC is intended to meet a critical need in the research community, where computing has become the “third leg” of scientific discovery, along with theory and experimentation. High performance computing will be critical to many clean energy research and engineering activities. These include synthesis of new materials for batteries and solar cells, analysis of usage patterns for energy distribution systems, and performance modeling for new wind, gas, and water turbine designs.
In designing, building and operating the facility itself, the MGHPCC has gone to great lengths to minimize its environmental footprint and maximize energy efficiency.
To begin with, it was designed for Leadership in Energy and Environmental Design (LEED) certification. LEED influenced dozens of decisions about the design, construction, and operation of the facility, ranging from selection of the site to choice of building materials to handling of waste water.
Beyond LEED certification, the MGHPCC was built in Holyoke in great part because the local power company, Holyoke Gas & Electric, generates more than 70 percent of its power through inexpensive, sustainable hydroelectric power from the Connecticut River.
As you might imagine, data centers consume massive amounts of energy. The MGHPCC has peak power capacity of 15 megawatts – enough to support 20,000 high-powered computers. The MGHPCC, however, is setting a new standard in the industry for energy efficiency. One of the most widely used measures of efficient operation is Power Usage Effectiveness (PUE), developed by the US Green Buildings Council. A recent report cites typical data center PUE at about 1.9. The MGHPCC is targeting a more efficient PUE of less than 1.3 – a 25 percent reduction.
Here are a few of the ways that the MGHPCC is achieving this level of efficiency:

•Use of outside air to remove heat from the building much of the year, reducing the need for energy-intensive chiller operations.

•Use of major mechanical and electrical equipment that operates reliably at relatively high
temperatures, further reducing the need for air conditioning.

•Placement of cooling and power distribution equipment directly below the computer room. This configuration allows for short pipe and cable runs, which reduce the loss of power and cooling capacity.

•Layout of the computer room itself. Heat produced by the computers is captured through a “hot aisle” containment system that efficiently transfers waste heat to a chilled water loop.

In addition to practicing energy efficiency and minimizing its environmental footprint, the MGHPCC itself will be something of a living laboratory, outfitted with sensors and other equipment that will collect data that will help improve future building design.
As you can see, with the MGHPCC, Massachusetts is putting the “green” into high-performance computing.

Tags:
Previous Post:
«
MGHPCC Recipient of Major MLSC Grant
Next Post:
4 legislators' staff members to hold joint office hours at Massachusetts Green High Performance Computing Center in Holyoke
»
Do you have news about research using the MGHPCC? If so get in touch.
Email Us