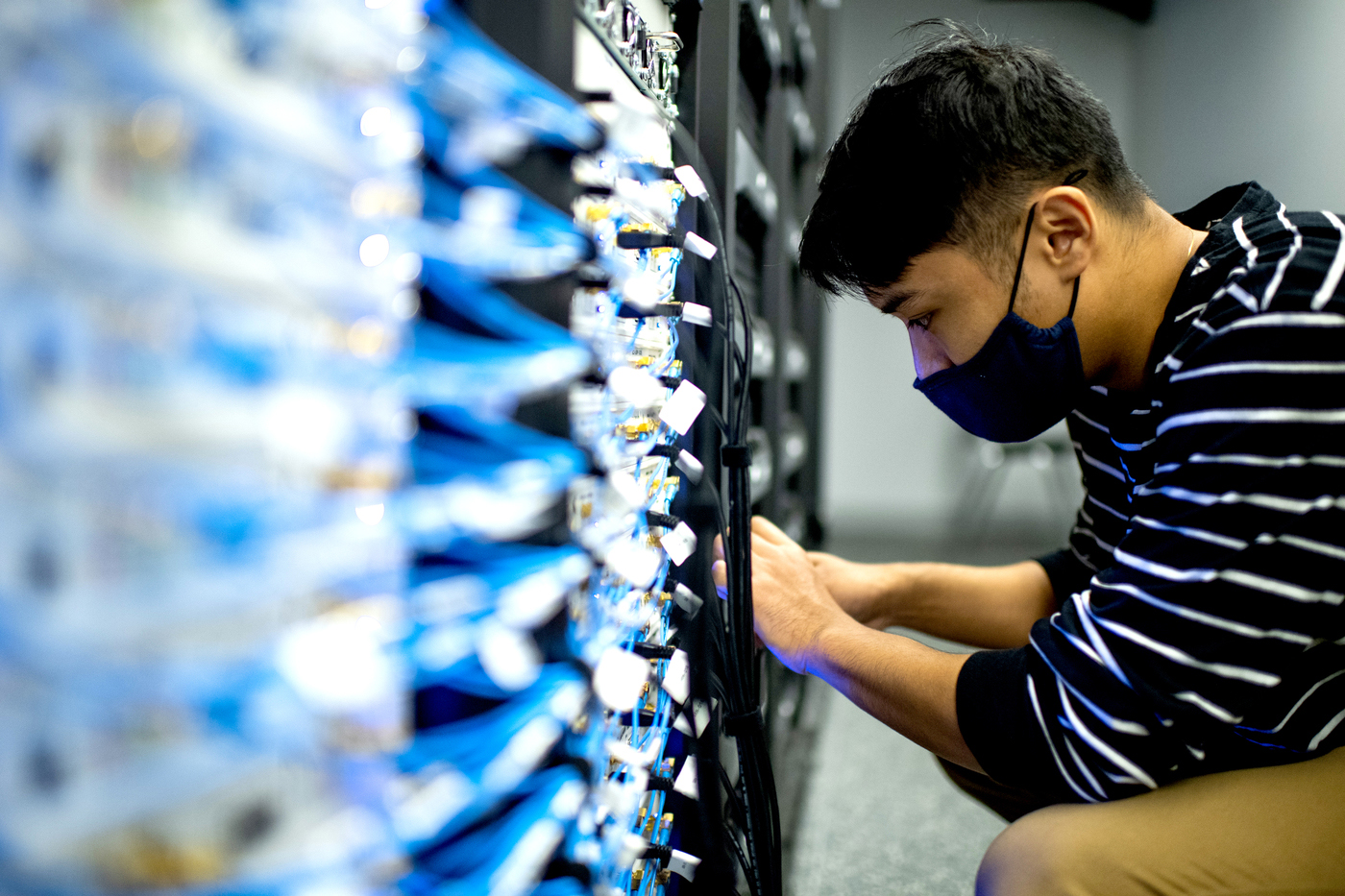 How Can Small Businesses Benefit from Artificial Intelligence?

By now, most people who run small and midsize businesses know that they ought to take advantage of artificial intelligence to make their companies competitive in the digital age. But many don’t know how to go about it.
To meet this demand, Northeastern, a founding member of the MGHPCC Consortium, which invested $50 million in a new artificial intelligence research institute last year, will lead a new Massachusetts program, AI Jump Start, to connect small business owners in the state with academic faculty experts to learn how machine learning can grow their companies.
Read this at News@Northeastern
The initiative is aimed at a broad range of small and midsize enterprises in defense, manufacturing, health, and other industries whose leaders would like to incorporate artificial intelligence but aren’t quite sure where to turn. It’s open also to companies that want to upgrade data-driven computing to glean new insights into customers, suppliers, and competitors.
Machine learning, with its ability to quickly sift through reams of data to identify patterns, has the potential to streamline operations and eliminate time- and money-wasting procedures that pose a drag on a company’s bottom line.
Artificial intelligence is “like an injection of innovation into the Massachusetts economy,” says Michael Silevitch, Northeastern’s Robert D. Black professor of electrical and computer engineering, who will direct the AI Jump Start program.
“My job is to make sure that this program meets its potential and that it’s running correctly,” says Silevitch, who is also director of the Department of Homeland Security Center of Excellence for Awareness and Localization of Explosives-Related Threats.
Northeastern received a $2.2 million state grant that will be used primarily for high-speed computer equipment and also to provide for faculty consultants, both of which will be available to selected companies to get the pilot effort up and running. Northeastern kicked in an additional $2 million, raising the program’s total value to more than $4 million.
Most of the equipment will be installed at the Holyoke Massachusetts Green High Performance Computing Center, an inter-collegiate research venture involving Northeastern and other universities in the state.
Northeastern’s Innovation Campus in Burlington, Massachusetts, will receive new equipment too. It will be directly connected to the Colosseum facility, the world’s largest wireless emulator, hardware or software that mimics a computer program from another device.
The program “is an example of Northeastern’s research strength in AI and its commitment to support industry and contribute to the advancement of society,” says David Luzzi, senior vice provost for research and vice president of the Innovation Campus.
An initial allotment of roughly 30 companies will be chosen for a one-day workshop on June 11, 2021. Applications are due May 3.
The number of firms could expand later on if interest is high, says Northeastern’s Silevitch. “That’s one of the discussions that I’m having with the state,” he says.
Firms selected for the workshop have until early July to submit a formal funding application, with a decision expected in August.
Projects will be judged “by the potential for innovation, for creating jobs, and the impact it will have on Massachusetts,” says Tommaso Melodia, the William Lincoln Smith professor of electrical and computer engineering at Northeastern. His research is in wireless systems and the Internet of Things.
Melodia is one of several electrical and computer engineering professors at Northeastern serving as consultants and key members of the leadership team. The others are Jennifer Dy, David Kaeli, and Carey Rappaport.
Faculty from partnering institutions Boston University and Tufts University will also participate in the program.
The Jump Start program may create foundational relationships between artificial intelligence experts in the field and companies that could lead to further opportunities for grants and research, explains Melodia.
And, says Silevitch, it could be expanded beyond machine learning to other technology areas that could use a “jump start” such as alternate energy sources, including solar panels and batteries.
Story image: A student works at the Colosseum, the largest emulator in the world, at the Innovation Campus in Burlington, Massachusetts at Northeastern - Photo by Matthew Modoono/Northeastern University

Tags:
research
Previous Post:
«
The Open Storage Network
Next Post:
Massachusetts Startup Uses Supercomputing to Identify Four Promising COVID Therapeutics
»
Do you have news about research using the MGHPCC? If so get in touch.
Email Us